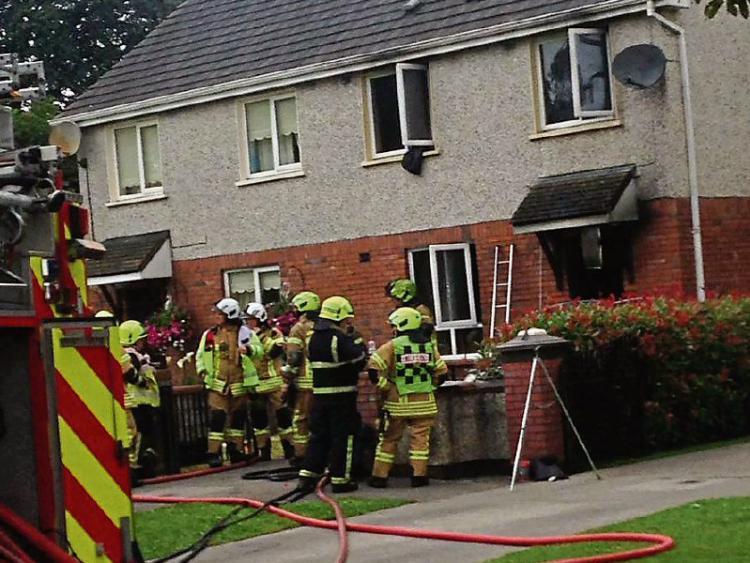 The firefighter who was hospitalised after a reported explosion in Athy, Co Kildare is not from Laois.

Emergency Services in Kildare and Laois were at the scene of the reported gas explosion in a housing estate in the town.

Laois County Fire and Rescue Service said some of its Stradbally-based members attended the scene. None were injured in the operations.

The explosion, that happened just before 11am at Canal Walk. The firefighter was injured while attending a large fire at the house.

Fire services were at the scene in a matter of minutes, and residents in nearby houses were evacuated. The Leinster Express understands the fire fighter who was hospitalised is not seriously injured.