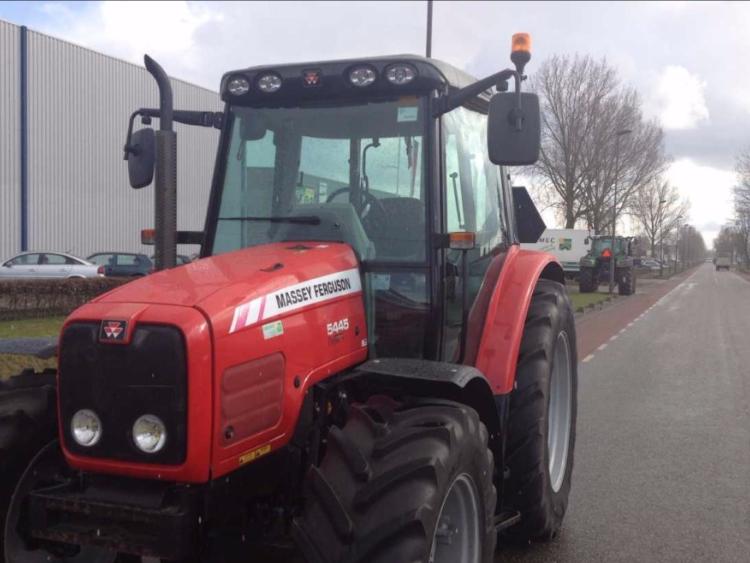 A similar make of tractor to the one stolen from Kilcormac in 2014. (Pic for illustration)

A Mountmellick man has been found not guilty of having possession of a stolen tractor.

Adrian Fitzpatrick (41), Derrydavy, Mountmellick, pleaded not guilty at Portlaoise Circuit Court to having possession of a stolen Massey Ferguson tractor and front loader, at Derrydavy, on October 24, 2014.

Garda Darrell Rigney said that he saw the tractor parked in a laneway practically blocking the entrance to Mr Fitzpatrick’s property, with a 14ft trailer parked behind it.

He said that when he spoke to the accused, Mr Fitzpatrick said the tractor was his and he would be moving it shortly.

Garda Rigney gave evidence that when he returned later and spoke to the accused, this time Mr Fitzpatrick said: “It’s not mine, I don’t know who owns it.”

In interview, the accused said he owned the trailer found in the laneway. He said he had lent the trailer to a named individual the day before and they had returned it that day. He said he did not own the tractor and had first seen it that day when he was coming from the field to the house.

Defence for the accused, Ms Geraldine Fitzpatrick said that the laneway was not in her client’s folio of land.

Ms Fitzpatrick asked Garda Rigney about his suspicions about the trailer parked behind the tractor.

Garda Rigney replied that the 14ft trailer was parked directly behind the tractor and its sides had been wiped.

“Are you suggesting a four tonne tractor may have been on the trailer?” asked Ms Fitzpatrick.

Garda Rigney said he did not know. He said there was no charge before the court in relation to the trailer. He said the gardaí could not track down the man whom Mr Fitzpatrick had claimed borrowed the trailer.

Garda Kenneth Larkin gave evidence that from his observation, the trailer was parked in such a manner that suggested the tractor may have been taken off it.

Judge Keenan Johnson asked would the trailer have been capable of carrying a four-tonne tractor. Garda Larkin said he didn’t know.

The accused's partner, Ms Siobhan Hourigan gave evidence that on one side of the laneway was a farmer with a field, and the farmer might sometimes leave a vehicle in the laneway.

She said at nighttime, the laneway was “sometimes used as a lovers’ lane”.

The accused, Mr Fitzpatrick said that when Garda Rigney first came to speak to him that morning, the garda was inquiring after a silver transit van as an old woman had been robbed in town. The accused told the court that he never told the garda the tractor was his.

He said he first saw the tractor when he walked back down to the laneway, at approximately 11.30am.

He said the tractor was not blocking the entrance to his house. He said the most excessive weight he’d ever had on the trailer was a maximum of one tonne.

Cross-examining for the State, Mr Donal Keane put it to him that he couldn’t have missed seeing the huge red tractor when he first went outside at 10am.

The witness replied that he didn’t remember looking over to that area. He said he didn’t think it was possible to see, as the tractor wouldn’t have been higher than the hedge.

Mr Keane said he couldn’t have missed it.

Replied Mr Fitzpatrick: “I missed it. Maybe I didn’t look.”

He said he didn’t know what time the tractor had arrived, and the last time he had been out in that area was possibly 8pm or 9pm the previous evening.

He said he wasn’t trying to hold back information by not giving the gardaí full details about the man he claimed had borrowed the trailer.

Mr Keane put it to him that he had found a tractor parked there, with a trailer at the back “which has miraculously appeared” and yet he had not thought to ring the man to ask him about it.

“I had enough on my plate trying to get a calf fed,” replied the witness.

The jury found the accused not guilty.