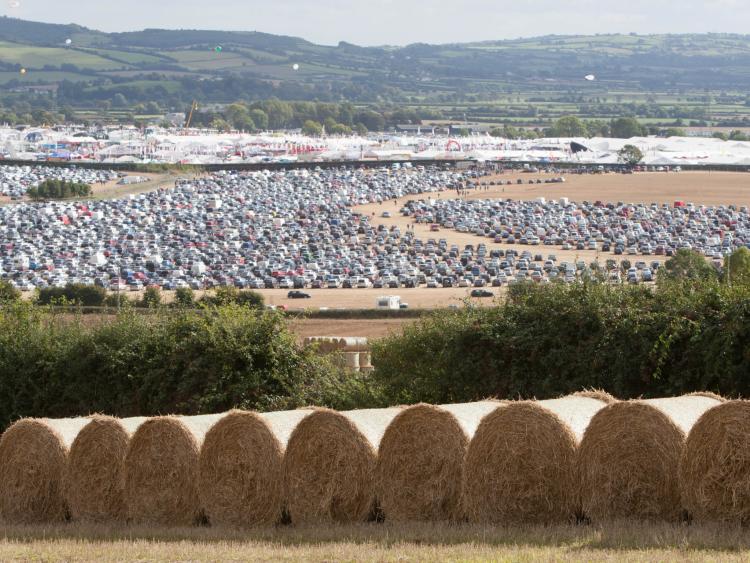 Due to unprecedented demand, bookings for the 2017 National Ploughing Championships in Tullamore are at an all-time high 12 weeks out from the event, according to NPA Managing Director Anna May McHugh.

"We are delighted that so many have already committed to Ploughing because that is a real seal of approval for the event.  It is the primary aim of the NPA to make the event better every year for visitors and exhibitors alike and early bookings give us much more time for the optimum site design and layout," she said.

There has been phenomenal worldwide interest with exhibitors coming to Offaly from far flung countries such as Turkey, the USA, UK, Germany, Belgium, New Zealand, France and the Netherlands to have a presence at Europe’s largest outdoor event.

“This year the core agricultural machinery companies, as always will be the anchor exhibitors of the championships showcasing hundreds of thousands of euros worth of the latest technology. The NPA are also at the planning stage of a few new initiatives in the machinery sector of the event which will add an interesting dimension together with arange of new exhibitors featuring in Screggan, Tullamore, from September 19 to 21, creating a thrilling mix for visitors,” Anna May McHugh commented.

“With record crowds of 283,000 visitors in attendance last year and with the site in Screggan proving to be a phenomenal success, signals would suggest another great ploughing is on the way.”

There will be an unprecedented number of diverse and exciting businesses exhibiting at the Local Enterprise Village at this year’s Ploughing Championships.

The Livestock Arena, Food and Lifestyle Villages are almost fully booked with the huge “dome” back again featuring over 100 exhibitors. "The motor arena will be significantly bigger following hugely positive feedback in this sector last year. The dairy sector will be very well catered for with many new additions, which is particularly reflective of the times we are in and the huge surge in interest in this area," McHugh added.

The popular Innovation Arena is set to make a very welcome return with ground-breaking technologies and cutting edge ideas. There are only a few days left to enter – see www.innovationarena.ie for more.

All of the firm favourite traditional attractions are set to return this year such as Fashion, Meggers, Sheep Shearing, Hunt Chase, Pony Games, Live Music and Dancing, Vintage Ploughing, Threshing, Sheep Dog Trials, Loy Digging, with celebrities and well known faces everywhere, Ploughing 2017 is not to be missed.

"In the ploughing stakes a particularly strong programme has attracted entries from all around the country and Northern Ireland bringing the number preparing to plough in Offaly over 300 for the 3 days. There has been a substantial increase in this year’s Novice class bringing the total to over 20 entrants, which signals the growth in the next generation of ploughers," Anna May McHugh concluded.