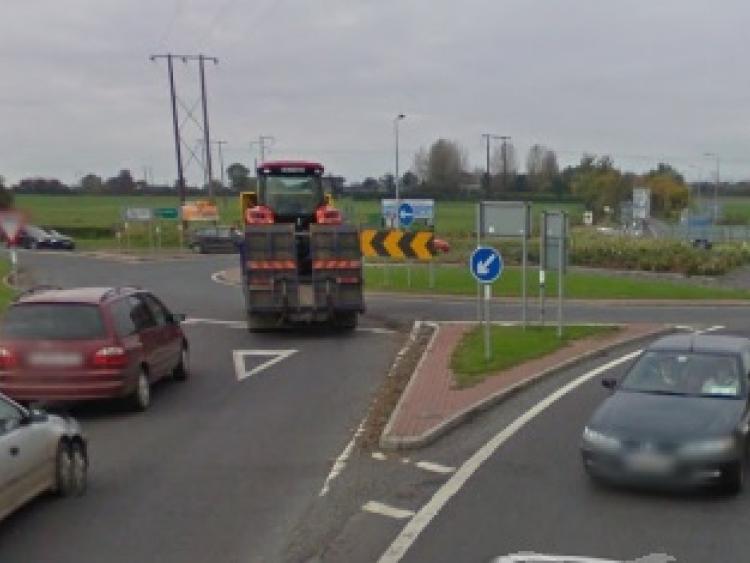 Portlaoise is famous for its roundabouts and the town even has one which you can possibly drive through at 100kms an hour.

At least that is what road sign tells you as you approach but a local politician wants something done about it.

Fianna Fáil TD for Laois Sean Fleming has contacted Transport Infrastructure Ireland regarding speeding and speed limits on roundabouts in particular one on the busy N80 Portlaoise to Carlow road.

"I highlighted the situation where there is a 100 km-per-hour speed limit in existence on the roundabout on the N80 where it meets the R425, at Rathleague as you leave Portlaoise heading towards Carlow," he said.

In the roads authority replied declined to committ to reducing the limit. It said that they have signs as you approach these roundabouts saying 'Roundabout ahead' and that drivers should reduce speed.

"In relation to roundabouts, the 'roundabout ahead' sign is one of a number of warning signs, referred to in section 6 of the Rules of the Road, that inform drivers of hazards ahead and the need for drivers to reduce speed and take particular care," he said.

However, Dep Fleming is concerned that these signs may not be sufficient and that the matter needs to be reconsidered as having 100km speed limits on roundabouts in excessive.

Deputy Fleming asked that this matter be re-considered as part of the overall speed limit review not just in Co. Laois but nationwide.

He also highlighted the situation as you enter Graiguecullen on the N80 that there is also a 100 kilometre speed limit operation on the roundabout.