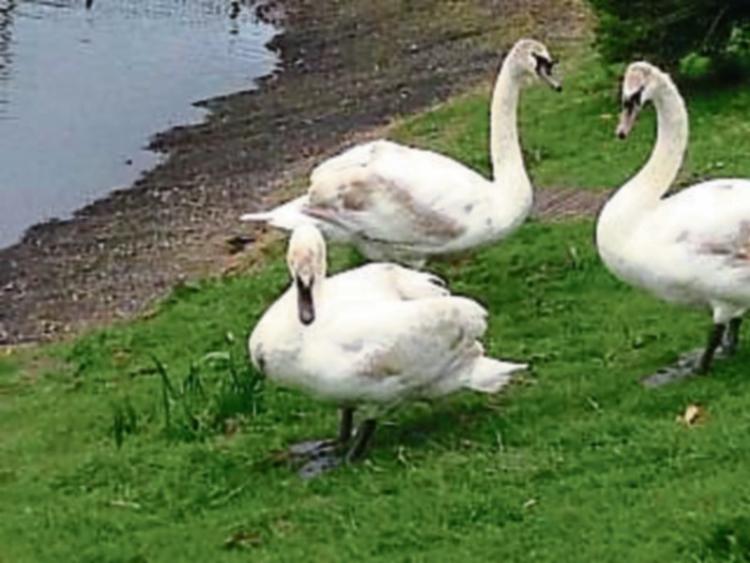 Seven swans have flown from a drainage lake in a Portlaoise housing estate that has almost dried out this summer, and a Portlaoise councillor wants the council to replace the water and bring them back.

Cllr Jerry Lodge had a motion at the June Portlaoise Municipal District asking the council to “ensure that a reasonable level of water is maintained in the attenuation lake at Esker Hills to ensure wildlife is not adversely affected by a water shortage”.

“We couldn’t justify that use of taxpayers’ money, just for it to disappear in a few days,” said Portlaoise town manager Kieran Kehoe.

“We have a programme for wildlife in our development plan. We spend huge money protecting it in Parc an Phobal, but what I see worries me,” he said.

He wants the council to “use its head” and think of protecting the amenity.

“Seven swans have flown because the level of water is very low. Even the ducks have migrated. I’m aware it was never meant to be a lake, but the birds were fed by residents. Why can the council not use its head and restore water levels, just to protect wildlife and the little amenity we have,” the Portlaoise councillor said.

Cllr Willie Aird said that the wild birds would return.

“They will come back. Wildlife won’t stay where there is stale water. They migrate around the town, out to Ballyfin and the Stradbally road. The lake is to reduce the risk of flash flooding,” he said.