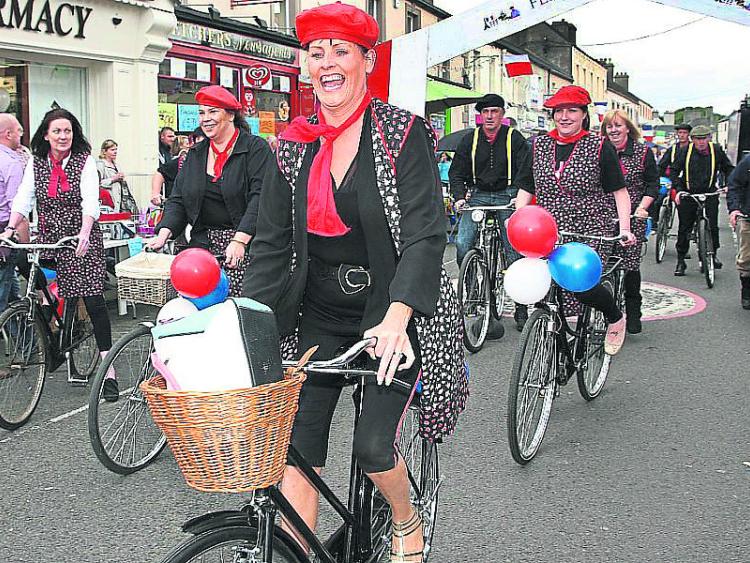 Bastille Day is celebrated on July 14 every year marking the French National Day.

Celebrate all things French this weekend right in the heart of Laois at the Portarlington French Festival also know as Festival Francais de Portarlington.

The festival is purposely held on this weekend every year to coincide with Bastille Day.

But where exactly do the French connection to Portarlington actually come from?

Around 1702, 500 Huguenots lived in Portarlington with names such as Blanc, Camelin, Champ, Des Voeux, Pilot and Vignoles.

The vibrant community they created spread into Offaly and the surrounding countryside.

Portarlington became known for its Public Classical School, where children of well-to-do families were taught French manners. The most famous was Arlington (now the vacant Travel Goods factory). Another well-known school, Ecole St. Germain, was in the building now known as the East End Hotel.

In the early 18th century, Portarlington was the Paris of the Midlands, a place where French, rather than Irish or English, was spoken on the streets.

The French rebuilt areas in Portarlington that were destroyed during wars and that is still celebrated today with the weekend of community celebrations.

The snail eating competition and the best French fancy dress costume are two nods to French culture that will be taking place over the weekend.

See a full line up of what's on in Portarlington this weekend here.