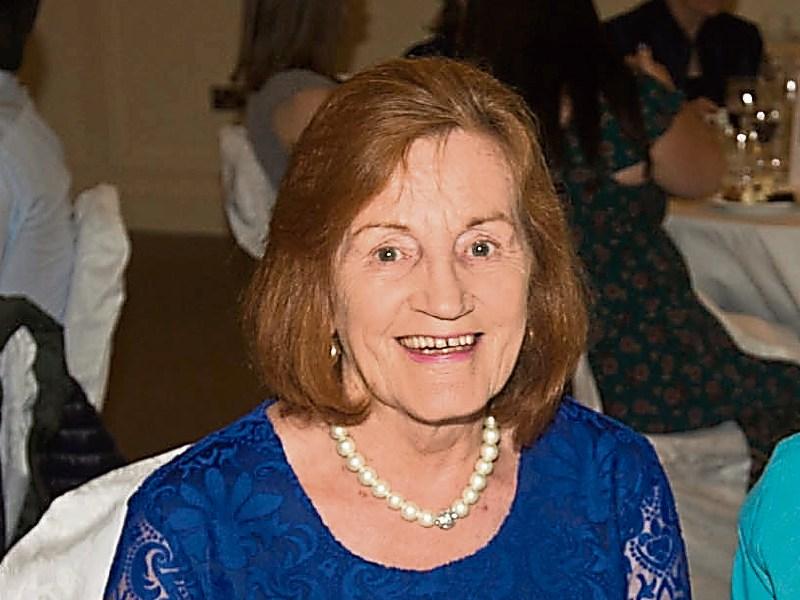 Mary White from Abbeyleix is the Leinster Express/Midlands Park Hotel Person of the Month for June 2017.

Mary is synonymous with Abbeyleix and all aspects of community life there.

She has been involved with the Abbeyleix Tidy Towns group for over 30 years, and has been a tireless worker in it.

Abbeyleix itself is a Gold Medal National Tidy Town, testament to the work that is done.

Recently, Mary and the Tidy Towns group have been very much to the fore with Abbeyleix's entry into the Entente Florale competition.

Abbeyleix was one of two Irish entries to the annual competition which features entries from right across Europe.

Ireland is the only country with entries from voluntary groups.

Speaking to the Leinster Express prior to the competition, Mary said that it was about sustainability, the quality of water, knowing about the architecture and landscaping in the town, and bio diversity.

The decision by the Entente Florale judges will be announced in September.

Mary was also a founder of the Abbeyleix Women's Development Group which was set up in 1999 with the aim of promoting the benefits of women becoming pro-active in their community.

The Group was instrumental in setting up and running the Community Creche in the town.

She is also a Director of the Laois County Childcare Committee, and is on the Board of Abbeyleix Heritage Company.

Her range of interests reflects the rich diversity of Abbeyleix itself.

Mary is a director of the Abbeyleix Bog Project Ltd. The company has played a critical role in conserving and protecting the bog which was once threatened with harvesting for peat moss.

The bog is now been managed by the local community for a period of at least 50 years. The boarded walkway on the bog is one of its hallmarks, and it recently hosted a visit from President Michael D. Higgins.

The Abbeyleix Bog Project is a flagship example of what can be achieved in the area of conservation, and what can be developed as a leisure and tourism amenity.

Mary is also on the Abbeyleix Parish Employment Committee and the Park Development Association.

She has been described as the life and soul, and powerhouse of the local community.

Cllr John Joe Fennelly described her as “very easy to work with and a great communicator.”

Jackie Walsh of APEC noted that Mary is always on hand if anyone needs help.

Jackie also noted her work for various charities down through the years, including Telethon.