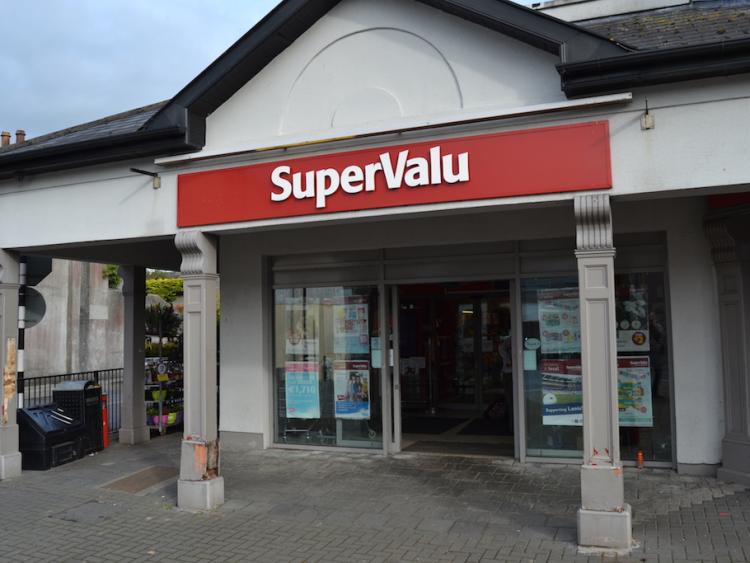 The SuperValu store in Rathdowney

A group of men stole goods worth up to €600 from the Rathdowney Supervalu store in a brazen broad daylight theft at the weekend.

Manager of the store at The Ossory, Rathdowney, Mr Conal Breslin, revealed to the Leinster Express that at around 3pm on Sunday, July 23, a group of four males aged between 25 and 35 entered the store.

Two of the men then left the store while the remaining two filled up a trolley, putting some groceries in the front of the trolley before filling it up with spirits.

They then placed items such as crisps on top and made their way to the door, where they distracted staff by having one man ask about the Lotto while the other man went out the door with the trolley.
Mr Breslin estimates that between €500 and €600 of goods was stolen, with the majority being spirits.

The men, who may have been foreign nationals, left the scene in a silver-coloured Ford Focus Estate with the registration number 01-WD-1953.
Mr Breslin said that following this  incident, the business will be looking at possibly improving  security.

Anyone with any information should call Abbeyleix Garda Station on 057 873 0580.