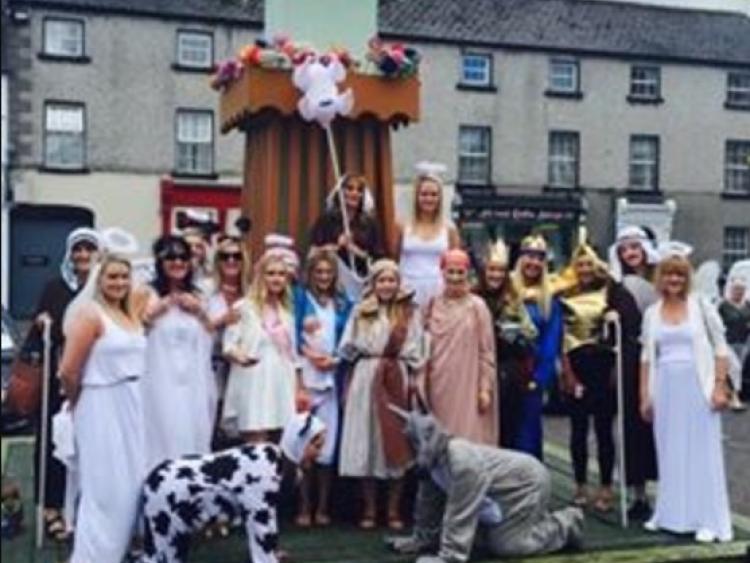 It was Christmas in August for Mountmellick last Saturday, August 5.

A hen party from the town dressed as a Christmas Nativity play - and they attracted a bit of attention, appearing on a number of popular websites last weekend.

The hen party were celebrating Mary Rose Melia from Mountmellick who is getting hitched later this year to Colin Welly Dunne.

The group pulled out all the stops for their Nativity, ladies were dressed as wise men, shepherds, angels, a donkey, a cow, baby Jesus with the bride-to-be as the Virgin Mary and a blow-up doll as Joseph.

They gathered around the town's famous metal framed Christmas tree, which was unfortunately folded up for the summer.

Friend of the bride Sarah Morris said, "Mary Rose was the Virgin Mary for every Nativity play in primary school and wore the same costume from junior infants to 6th class so it was an obvious theme choice for the hen party."

The group hit Carrick-on-Shannon in Leitrim for the weekend, where it is clear plenty of frolics were had, well done Mary Rose for a brilliant theme! 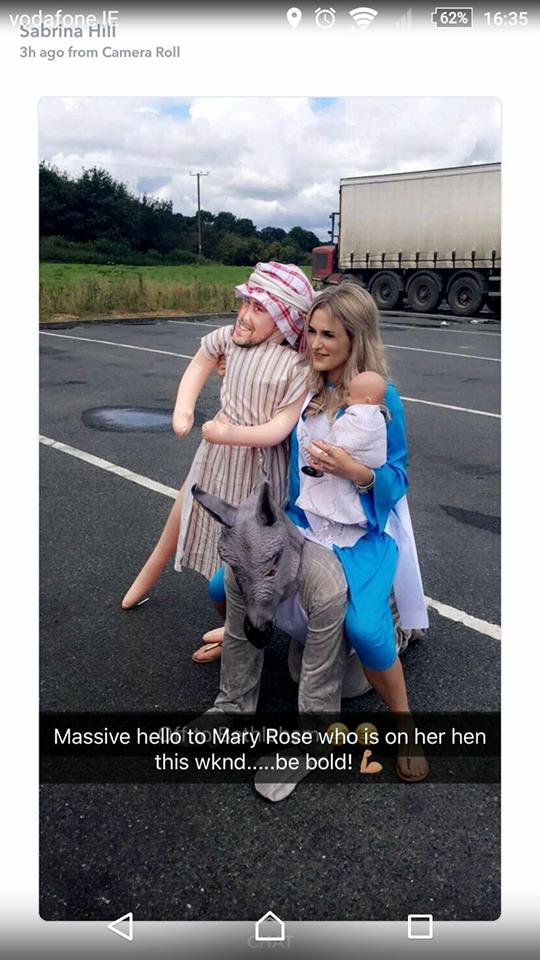