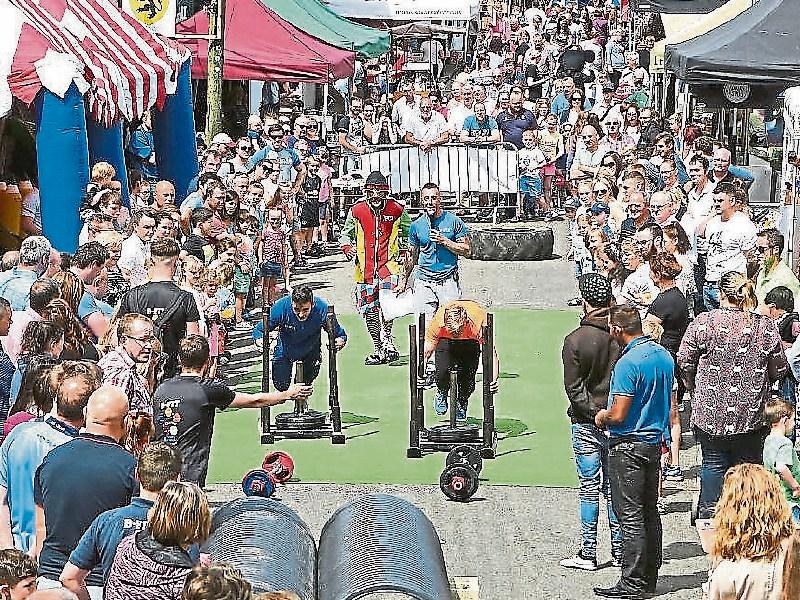 Laois County Council just recently won a battle to keep Graiguecullen out of Carlow, but now face a further fight for Portarlington.

Over 10,000 Laois voters in Port will be taken into the Kildare South constituency, if changes proposed by the electoral boundary commission go ahead.

Labour Cllr Noel Tuohy from Portlaoise is calling for the council to “strenuously oppose and lodge a formal objection” to the annexation of Laois' second biggest town into Kildare's constituency.

Tabling a motion at the July 31 council meeting, he said he was “astonished at the relatively mute response to the proposals“ so far.

“The people of Portarlington and of Laois deserve better and they deserve more from us their elected representatives than to just throw a few shapes and shed a few crocodile tears, as some in the major Parties may feel that they will be at no loss as their seat is not under threat,” Cllr Tuohy said.

“Sinn Fein have correctly analysed in my view that this transfer of voters out of Laois-Offaly into Kildare could conceivable result in Kildare having 8 TDs and Laois back down to 2. If we are a soft touch that’s what will happen,” he warned.

He was seconded by Fine Gael Cllr Tom Mulhall who is one of six representing Portarlington Munipal District.

“It's a ridiculous recommendation to devide this area, we all wear the county jersey. To take 10k people from Laois, another 3k from Offaly, it didn't work last time with Monasterevin and I've no doubt, it won't work here. We fought hard to keep Graigue, we should fight just as hard for Port,” he said.

“It is incredible that a county like Laois with a growing population should suffer a loss. No-one should have a right to pick a boundary out of the clouds, from one election to the next,” she said.

However she noted that it is just a proposal that can be voted down in the Dáil.

“But we have an uphill battle, every other constituency is happy, all except Laois. We have just three sitting TDs against 25 counties,” she said.

Laois' Chief Executive Officer John Mulholland said that the proposal is part of a wider reform of local governments.

“The feeling is that some Municipal Disticts are too large, and they should be redrawn around populated areas,” he explained.

Cllr Tuohy has proposed that a delegation of Laois councillors and TDs meet the Minister for Housing, Planning & Local Government Eoghan Murphy.

“I agree, if we don't make a strong fight we are at nothing,” said Fianna Fáil Cllr Paddy Bracken.

The boundary commission also proposes that the rest of the counties of Laois and Offaly should be joined to form a 5 seat constituency, meaning a loss of one TD between the two counties.