Portlaoise hospital overcrowding up so far this year 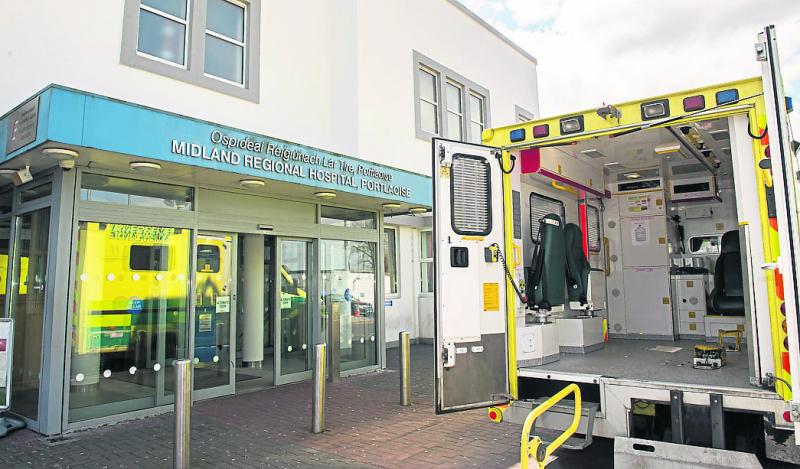 The Midlands Regional Hospital Portlaoise had 2,252 patients waiting on trolleys in the first seven months of 2017, according to figures released from the Irish Nurses and Midwives Organisation (INMO).

The figures confirm a national record number of patients (57,674), admitted for care, on trolleys in the first seven months of 2017.

However, the figures also confirm that, in the month of July, there was a 6% reduction when compared to July 2016.

See also: Patients on trolleys in Portlaoise Hospital shoot back up after two zero days

Tullamore Hospital, meanwhile, had 2,774 patients on trolleys for the first seven months of this year, while Mullingar had 2,862. Both record slight decreases in the number of people waiting on beds.

The year to date figures continue to be a source of great concern as, despite many initiatives, the number of patients, admitted and requiring inpatient care, left on trolleys, in Emergency Departments or on trolleys on wards, continues to increase, said the INMO.

The reduction in July 2017, when compared to July 2016, is most welcome particularly as the main area of reduction has been outside of Dublin and this must be continued as we enter the autumn period.

"The record levels of patients on trolleys, in the first seven months, is most alarming as we prepare for the autumn/winter period," said Liam Doran, General Secretary INMO.

"These figures are further confirmation that our health service continues to be too small and, regardless of the initiatives that have been taken, demand continues to outstrip the capacity of the health service to provide timely, appropriate and dignified care.

"The situation must be the subject of immediate action, by Government, the Department of Health and the HSE, leading to additional funding, which must provide for incentivised staff recruitment, so that additional beds can be opened and properly staffed to meet ever growing demand.

See also: Leo Varadkar is inextricably linked to the future of Portlaoise hospital

“If our health service is to respond, appropriately, to both the emergency and planned admissions, additional bed capacity, and community nursing services, must be introduced.

"This will only be done when we solve the recruitment/retention crisis facing nursing and midwifery in Ireland.  If we do not have additional nurses and midwives then we cannot expand our capacity and overcrowding levels will continue to grow," stated Mr Doran.