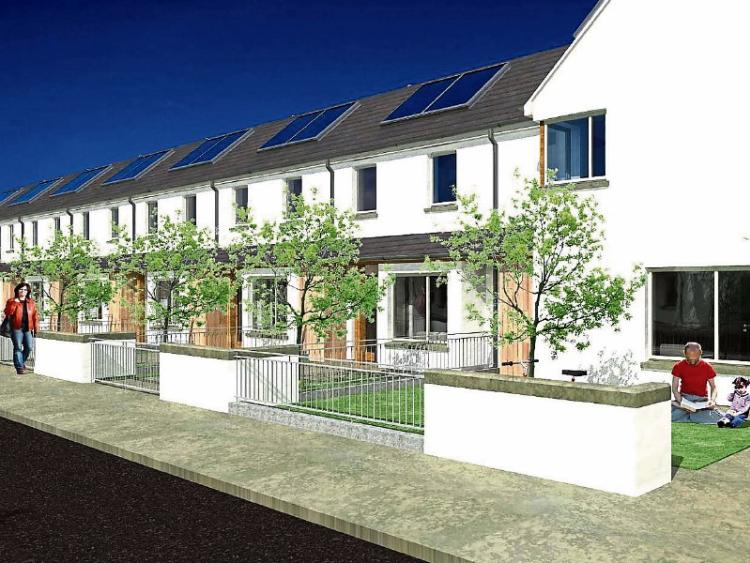 Construction of the first council housing estate to be built in Portlaoise in 14 years, is said to be running ahead of schedule.

Conniberry Way has 33 houses off the Old Knockmay Road in Portlaoise.

Despite a recent setback caused by a break-in during August, Cllr Willie Aird believes it can now be completed earlier than the spring 2018 deadline.

“Conniberry is flying up, with the good weather I hope it will be open by September or October,” he said at the July 31 council meeting.

He is urging the council to get another housing estate through planning stage and ready for funding.

“We must have another one for funding, at least one for ten or 15 homes. It is important to get the planning ready,” said the Portlaoise councillor.

He condemned the lack of recent council housing estate construction as “shameless”.

“Up to 2003, we always had one or two estate openings a year. It is a shameless situation we find ourselves left in,” he said.

Cllr Aird noted that most housing for people on the waiting list now comes via voluntary housing bodies or Part IV schemes in private estates, rather than the council

The sod was turned on Conniberry in October 2016, expected to cost €4.7million.

It will have 30 three bed houses and three maisonettes and was expected to receive its first tenants by spring of 2018.

Construction is being carried out by a Laois contractor, Michael Kelly & Sons Ltd from Castletown.

The waiting list for council homes in Laois has grown by over 120 names, to 1,469, since the council announced its Housing and Homelessness Action Plan last February.