Graiguecullen housing estate has both Laois and Carlow council tenants 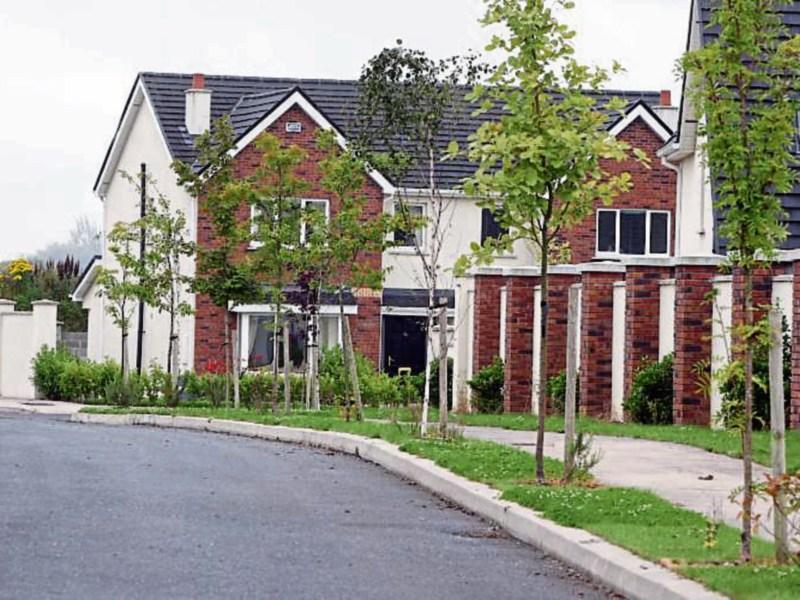 Another four homes in a former ghost estate in Graiguecullen are being handed over for people on Laois County Council’s housing waiting list.

It brings to 19 the number of houses in Fruithill Manor given to Laois people or families waiting for a home, with Carlow given 40 homes for their waiting tenants.

The news was welcomed at the July 31 monthly council meeting, but “one or two issues” related to existing tenants in the large estate concerned councillors.

Cllr Ben Brennan speaking about Fruithill said “It is fabulous, but it will be in ruins in a few years”.

He also asked that nearby Laois people get priority for Fruithill houses, rather than people “from 30 or 40 km away”.

“The housing co-operative is trying to deal with them. It is great to see four more houses allocated to Laois tenants. The opening was a lovely occasion, there was a lot of positivity,” he said.

Laois Director of Services over Housing Gerry Murphy, said that each council nominates and interviews tenants to pick the most suitable for houses in Fruithill Manor.

“I am aware there are one or two issues, but both ourselves, Carlow County Council and the voluntary housing body are trying to address them. Hopefully it will be sorted out in the month of August,” he said.

Fruithill Manor on the Laois side of the Carlow border was one of the largest ghost estate in Ireland, with 39 out of 800 homes built, and the gates then padlocked for six years.

Co-operative Housing Ireland has now finished 74 homes, with 15 rented out to private tenants and the rest allocated between Carlow and Laois County Councils.

Last June Maria Butler from CHI stated that there were ongoing legal issues.

"There is ongoing legal proceedings but the place is well run. Everybody in there is happy there. Any issues we have are dealt with in private. If there are issues they are minor. Nobody is in danger of imminent eviction that doesn’t already know about it,” she told the Leinster Express.

In response to a requested update on legal issues last week, CHI stated the following.

“Co-operative Housing Ireland never comments on individual tenancies and is unable to provide further information on any cases currently in progress.

“Fruithill Manor is a development of 74 homes in private rental and co-operative social rental occupation.

“All of the homes are currently occupied and we have a significant waiting list of families who would like to access private rental accommodation when it becomes available.

“The co‑operative has a very active management committee for member-tenants that leads on community development activities and oversees the management of the estate,” the company said.