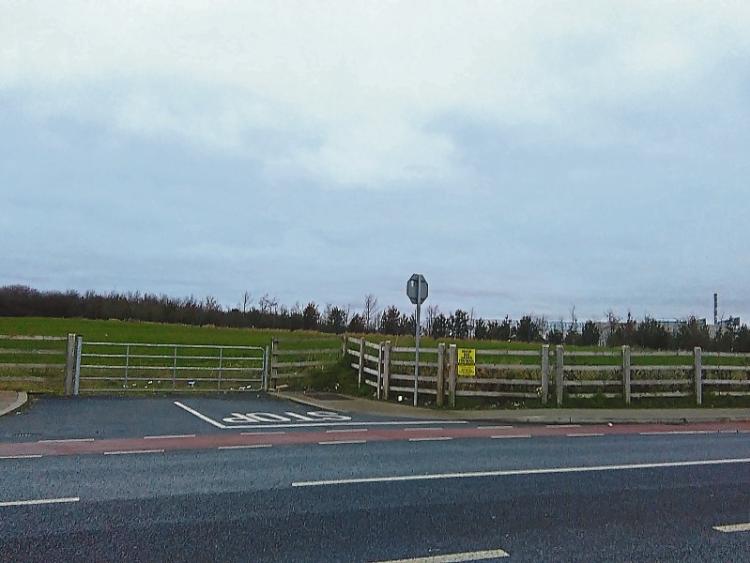 The Borris Road in Portlaoise, where 43 new houses are planned.

Residents of the Borris Road in Portlaoise have advised that they may take further action if their objections are not heeded to a planning application for 43 new houses in the area, which is due to be decided by Laois County Council in the next two weeks.

Graham Developments has applied for permission to construct a housing development consisting of 43 two-storey detached dwellings, on land near St Mary’s Christian Brothers School at the Borris Road in Portlaoise.

This is a busy local road containing two secondary schools and has been the subject of ongoing traffic and parking difficulties.

A submission has been made against the proposed development by David and Phyllis Clegg, of Chestnut Grove, Borris Great, who threaten that they will consider taking further action if the developer fails to take on board their requests.

They first sent a submission to the council in January this year, saying that the land is zoned institutional, educational, recreational and not for a housing development.

They claimed that house no. 43 of the development is “unacceptably close to our boundary”, especially as it is a two-storey house which will overlook their property.

They described the boundary as totally unacceptable and said there will have to be a plastered wall 2.4m high.

They also claimed that their private water supply is “severely threatened” by this proposed development.

Graham Developments subsequently provided Laois County Council with further information in support of their application, but the Cleggs responded in a letter dated July 24 last, saying that their submissions have not been addressed.

They say that house 43 is unacceptably close to their property and ask that this house be removed from the plans.

They also say that a timber fence as a boundary is not acceptable, as timber gets broken, blown down by wind or is vandalised and is not sufficient security for any adjoining property. They require a plastered concrete wall 2.4m high.

“If these requests are not part of the development further action will have to be considered,” they say.

A decision on the planning application is due from Laois County Council by September 7.