Travel back in time at Knock Threshing Festival in Laois 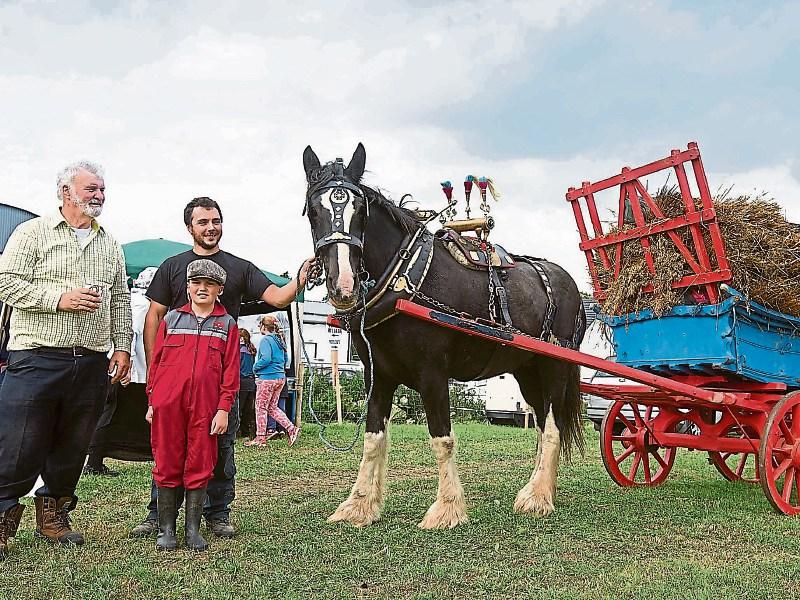 One of the most authentic vintage farming experiences in Ireland can be enjoyed in Knock village in Laois this September.

This year itl takes place on Saturday and Sunday September 9 and 10.

On Saturday a vintage Tractor Run will set off from Knock at 3pm, on a run to Timahoe village to collect the oats that were grown especially and cut in traditional manner in The Heath.

The eyecatching convoy that includes vintage cars, will stop in Timahoe until 5.30pm, where it will be joined by steam engines from Carlow, a threshing mill and a pitcher, for the Sunday threshing.

The road run then returns to Headen’s Bar in Spink for food, music and craic.

On the Sunday, there will be a morning parade to a newly opened field across from Knock school where the threshing will take place this year.

It will be “a fair spectacle” according to committee member Brian Brennan.

“There will be bouncy castles, a wipe-out, machines, vintage cars and tractors, and the horses. There will be a pig on a spit too, and colcannon, lots of traditional fare,” Brian said.

The threshing begins at 2pm. The oats will be threshed using a variety of steam, diesel and TVO engines, as well as the towering Irish draught horses.

It ends with a ‘cock ‘n’ bull auction in Spink on Sunday night. It is a real community driven festival.

“On both days, we have the GAA helping out, and the ICA, Macra and the school all get involved too, and many local people come out to help and support it,” he said.

The festival is to help pay for the major extension and refurbishment of Knock National School, completed in 2015 and part funded by the community.

“It is the highlight of the year for fundraising for the school, it is a wonderful new building but we still have to pay for it,” Brian explained.