Electric Picnic confirmed for another decade in Laois #ep2017 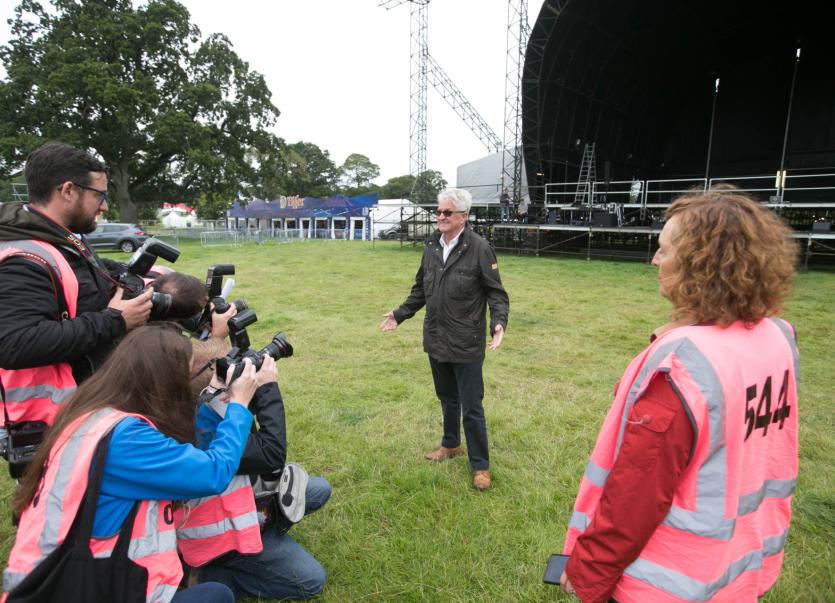 Electric Picnic fans in Laois can rest assured that the festival will be sticking around the familiar grounds of Stradbally for another decade.

The Leinster Express asked the CEO of Festival Republic and Director of Electric Picnic, Melvin Benn, if there was any possibility that the Picnic would ever be held anywhere else.

"Laois is it's home, Stradbally is the home, I just signed a new 10 year agreement with the estate to continue for a further 10 years so it is absolutely at home here at Stradbally Estate and I think ten years is the minimum quite honestly," he said.

The festival has been held in Stradbally Estate every September since 2004.

Melvin decided to open the campsite on Thursday this year to 5,000 early tickets but he said that he does not see the need for extending the festival beyond a three day event.

"I have opened it up on the Thursday evening this year for the first time, we have limited it to 5,000 people to arrive effectively to get an early arrival on the Thursday which is really just to assist with the arrival, but no I don't think there is a need for a fourth day of entertainment," he added.