Cramped Port school forced to use the stage as a classroom 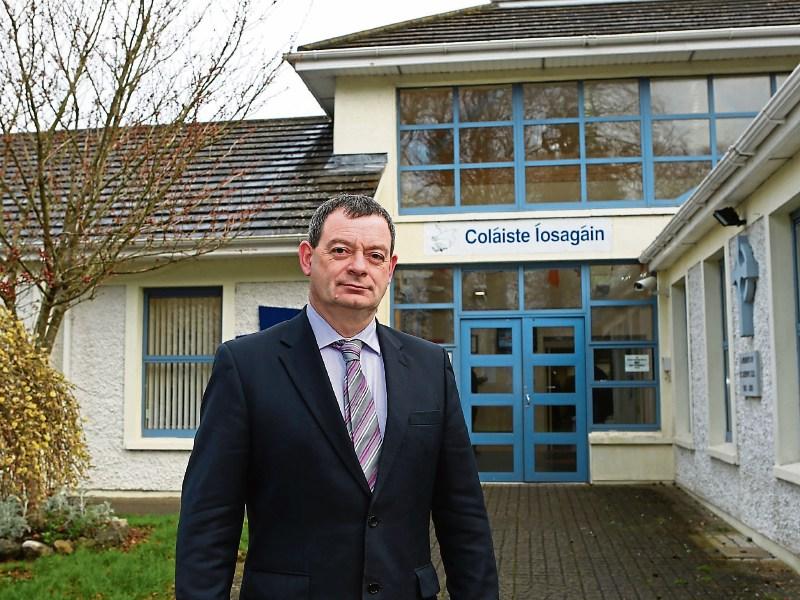 Coláiste Iosagáin in Portarlington is so tight on space that the school stage is being used as a classroom.

The school serves a wide catchment across Laois and Offaly, and has surpassed 1,000 students.

It is getting a new 1,200 pupil building to replace the existing old building and prefabs, but construction will not start for at least a year.

New prefabs were promised to temporarily accommodate the extra numbers, but the principal has now confirmed a substantial delay to the Leinster Express.

Seamus Bennett said they have known about the delay since last June.

“We got planning permission for six prefabs, with the plan to install four this year and two more next year. We found out last June that they would not be ready. The consultants realised that they had to tender for the prefabs as they were over budget.

“Last week Roadmaster was given the go-ahead for the contract. They are being built as we speak, and they have said it will take six to nine weeks,” Mr Bennett said.

He assures parents that they have found temporary space for every class.

“We are creating space but it will be tight. We are even using the stage as a classroom. All classes are in classrooms, some are not ideal, like maths classes in a science lab, but its temporary until the prefabs come. We are where we are,” he said.

The Leinster Express has learned that there are concerns among staff after they were informed on returning to work that 28 classes could not yet be timetabled because there was no space.

Mr Bennett said they have now found the space.

“It will be business as normal, there shouldn’t be too much disruption. We will have a full compliment of staff by Monday and Tuesday,” he said.

The classroom shortage has also forced the school to choose which students can do specialist subjects like woodwork and science.

Prefab classrooms have no facilities for those subjects.

“Numbers are slowly growing every year. We have too many prefabs. The problem is more pressing now, because we are running out of practical rooms. Prefabs only have general classrooms, so specialist rooms like laboratories are under a bit of pressure,” Principal Seamus Bennett told the Leinster Express.

“We want everybody to get their choice but can only offer a limited number. For subjects like woodwork, a lot more will want to do it than can, but we will give it to those who chose it as their first preference,” Mr Bennett said.

He said that getting their new school is a long process.

“Plans have to be approved and permission sought, then it goes to tender, so it will be at least a year away. It is a long process that we await in anticipation,” he said.

This year the school produced 157 Leaving Cert graduates, and takes in 200 first years.