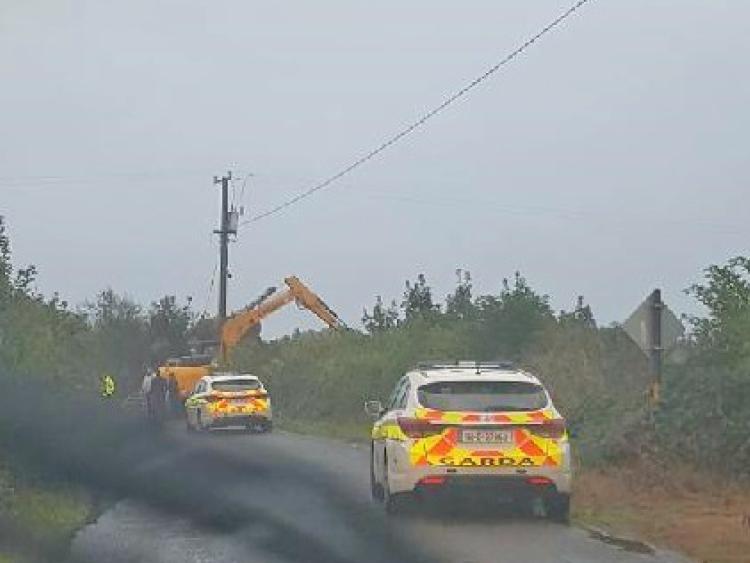 The scene on the road between Emo and Portarlington last Tuesday night.

Gardaí were called to an incident near Portarlington last night that involved a large digger being used on a public road.

The incident on the road between Portarlington and Mountmellick was reported to Gardaí at 5.30pm on Tuesday September 12.  Four squad cars and members of the public were at the scene.

A witness at the scene said that it appeared that an entrance into land was being reopened.

It is understood that the incident may be related to a dispute over unpaid agricultural produce bills , which was the subject of lengthy court proceedings in recent years. This came to a conclusion during the summer with a direction that land be sold.