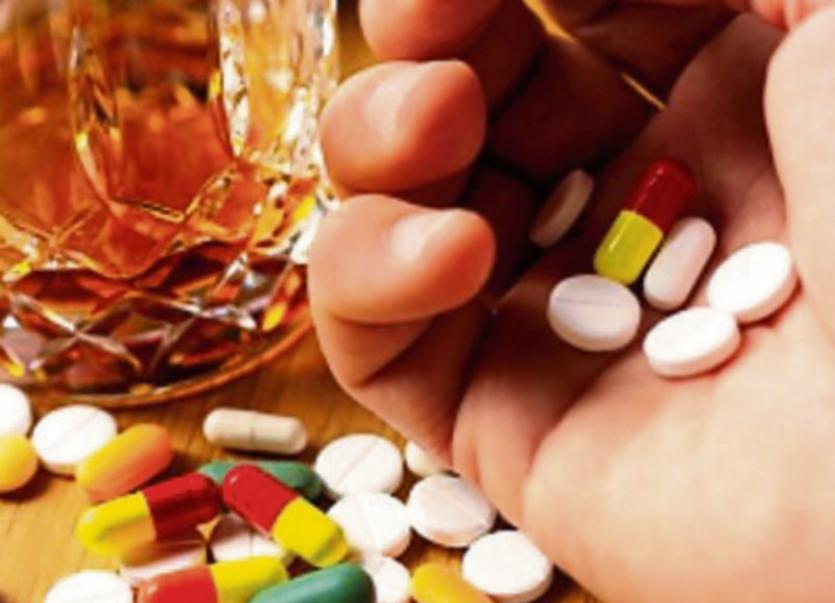 Most people sought help for alcohol or heroin abuse in 2015.

Alcohol is the number one problem drug in the midlands, according to the latest report from the Midland Regional Drug and Alcohol Task Force, with heroin the second most common drug for which people seek treatment.

At this week’s meeting of the Joint Policing Committee, the task force’s Ms Antoinette Kinsella revealed that in 2015, a total of 945 people presented for treatment across the counties of Laois, Offaly, Longford and Westmeath, 137 of which were in Laois.

390 presented for alcohol difficulties, followed by 301 for opiates, 146 for cannabis, 43 for cocaine, 30 for benzodiazepines, and just one for ecstasy. A further 21 presented for other stimulants and drugs.

Ms Paula Byrne, of Merchants Quay, told the meeting that since the Merchants Quay service opened in Portlaoise in January this year, 126 people have accessed the service, with the main drug being heroin and the second most common crack cocaine.

“One problem is the shortage of detox beds, people are willing to go to detox but it can be very hard to access places for them,” he said. “It can be several months down the line and the addict goes back to using.”

Ms Kinsella replied that they were making the best use of the resources they had.

“Everyone could use extra money, but we’re confident we’re meeting the needs of the region,” she said.

Ms Byrne said that she did not know how many detox beds were in the region, but there were about 40 in the State overall.

To this, Cllr Caroline Dwane Stanley declared she was very disappointed in the presentation made to the council by the members of the drug agencies.

“We’re none the wiser what facilities there are available here in Laois,” she said. “What services are available in Laois? Cocaine is the recreational drug at the moment in this town. To come here today and not even have the number of beds is very disappointing.”

In response, Ms Kinsella said that in Laois there is rehab and aftercare, family support and harm reduction. She said they were looking for accommodation to set up a drop in service locally, and there is also a mobile needle exchange service.

Ms Fran Byrne, of the HSE’s Community Alcohol & Drugs Services, said that she had never yet refused anyone in the region a detox bed, but pointed out that if a person was not ready to avail of the service they would not get a bed.

She admitted that there is a shortage of detox beds and there can sometimes be a wait.