Parishioner leaves €132,000 to Portlaoise Parish in his will 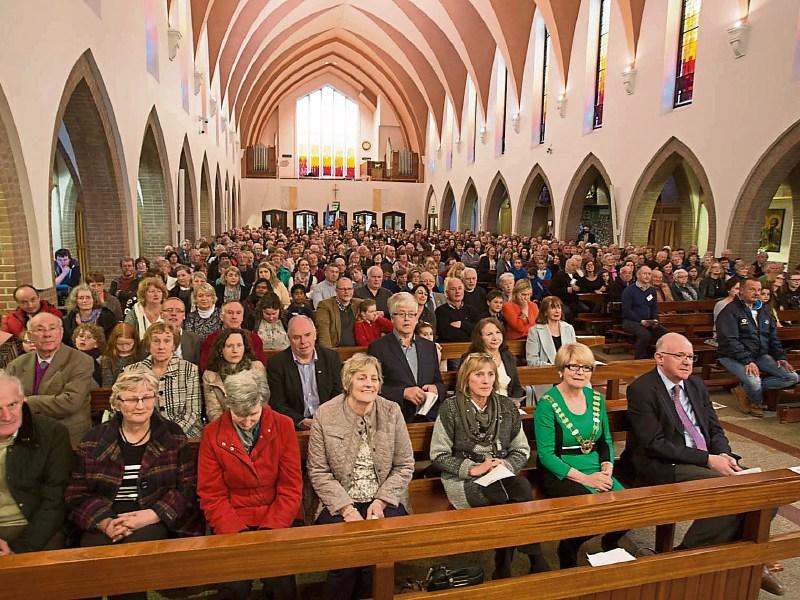 A income drop of more than €40,000 was softened in Portlaoise Parish by a €132,00 inheritance gift from a local parishioner, according to newly published annual parish accounts.

The Offertory basket collection in Portlaoise Parish church raised more than €143,300. However, this was down €9,000 on 2015. Basket donations increased at masses in Knockmay, The Heath and Ratheniska.

Money raised from the Offertory goes towards day to day running costs.

The Development (blue bag) fund collection income fell by about €2,000 to €166,679. Money raised in the past has gone to buy school sites, build the parish centre and renovate SS Peter & Paul's Church.

When collections and Shrine income are combined, Portlaoise Parishioners gave more than €400,000 toward their parish directly in 2016.

Msgr Byrne extended his “sincere gratitude” to John Campion for leaving €132,000 to Portlaoise parish in 2016.

The biggest cost on the parish last year was for repairs and maintenace. It was the area of expenditure that also rose most on 2015.

A levy of almost €48,000 was paid to the Diocese of Kildare and Leighlin - up slightly on the previous year.

In a note to parishioners, Msgr Byrne said priests do not receive any payment from the offertory or development fund collections.

He said salaries come from collections to priests at Christmas, Easter, Lenten Stations and October.

Thanking parishioners, he said salaries are equalised at diocese level with any surplus going to the retired priests fund. Across the diocese the amount collected in priest collections and salaries is down by 12%. Currently, Parish Priests receive €1,900 a month while CCs are paid €1,750.

Msgr Byrne says that the Parish Centre continues to be a very important part of the social infrastructure of Portlaoise and is busier than ever. “It continues to operate without being a drain on other Parish income,” said the PP.

“The healthy state of our Parish finances is down to the generosity of so many,” concluded Msgr Byrne.