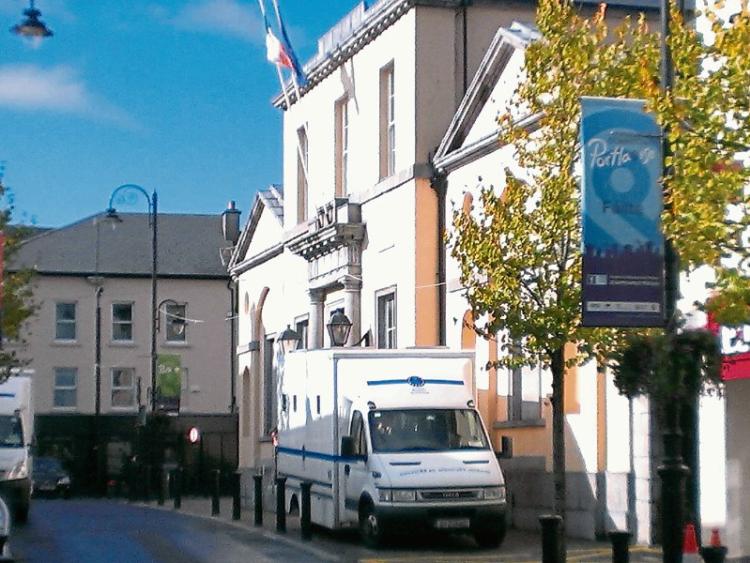 A Mountmellick woman who was roaring and shouting in the street in an alleged dispute over stolen money has been given the probation act, having completed some voluntary work with the Portlaoise Tidy Towns group.

Fiona O’Callaghan (39), Patrick Street, Mountmellick, first came before the district court in July, where Judge Catherine Staines vowed to get tough on people who make a nuisance of themselves in public.

At that court, Inspector Eamonn Curley gave evidence that on July 8 this year, the gardaí received a 999 call to attend at O’Moore Place, Portlaoise.

There were around 50 people in the area, including children, and the accused was sitting in a parked vehicle shouting out the window at another person, trading insults.

She then got out of the car and attempted to run at the person, but the gardaí tried to hold her back.

She became abusive towards the gardaí and was arrested.

She had 42 previous convictions.

Said Judge Staines to the accused: “How do you think the people in Portlaoise feel, if they’re out for a walk or to go to the shop and they have to hear you roaring and shouting?”

Replied the accused: “It’s not acceptable and I do apologise for how I acted.”

Judge Catherine Staines asked the probation officer, Ms Ann Walsh, whether the accused would be suitable for community service, but Ms Walsh replied she would not be due to the level of methadone she is on.

Defence for the accused, Ms Josephine Fitzpatrick said that her client previously had drug difficulties, but was now on 95ml of methadone and providing clean urinalysis.

Judge Staines then suggested that the accused do some form of voluntary work, perhaps with the local Tidy Towns group.

She said she had been considering a one-month prison sentence, as she had no doubt that the people of Portlaoise are fed up with public order offences of this nature.

The judge then adjourned the matter to October 12, telling the accused to complete at least 50 hours voluntary work for her community.

At last week’s court, Ms Fitzpatrick handed in a letter from Portlaoise Tidy Towns confirming the accused had completed some hours’ voluntary work.

Judge Staines said she was satisfied the accused had done enough hours and done the work well.