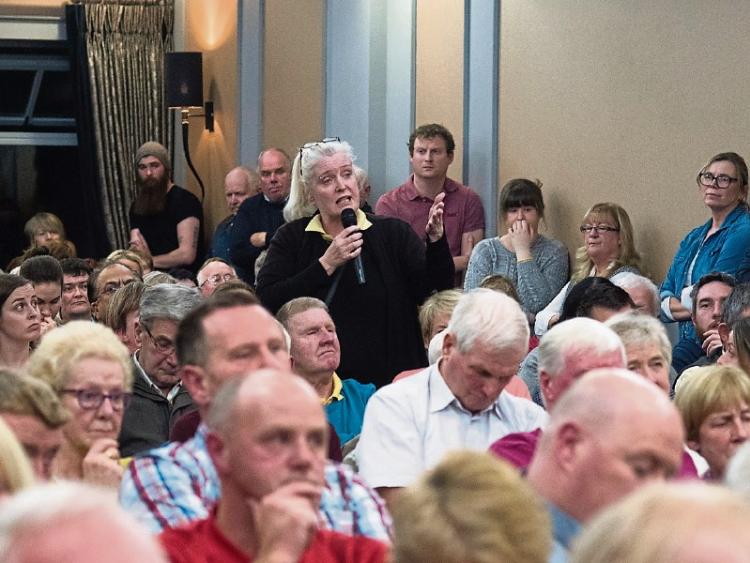 Wit the fate of Portlaoise Hospital once more teetering on the precipice, last week's packed public meeting had more than a whiff of deja vu to it.

Yes, at countless times during the past few years we have found ourselves at this juncture.

The only difference now is that we have tangible evidence of the HSE's plans, through the leaked report of the Dublin Midlands Hospital group.

It's amounts to another step on the road to the downgrade of this hospital, albeit a very significant one.

Indeed so well trodden is this ground now that repetition of arguments or viewpoints is very hard to avoid.

This should not take or undermine though from the very seriousness of the situation now facing the hospital.

That was in evidence at last week's meeting, where speaker after speaker enunciated the case for Portlaoise and the inherent flaws in the Dublin Midlands Hospital blueprint for the future.

As noted, the report is high on aspiration, but somewhat lacking in substance.

It seems to have one singlular purpose - the downgrade of Portlaoise.

The case it makes for this approach is spurious to say the least.

As one medical consultant said told the meeting the decision is not been based on any medical principle.

Nowhere for example does it take account of capacity issues or what the practical consequences will be for people who rely on the services Portlaoise provides.

It is short on detail for alternatives to a downgraded Portlaoise, instead painting the future of services in broad strokes.

Its thinking is myopic, to say the least.

Send patients to Dublin or Tullamore at no small risk to themselves, and in the case of Dublin on motorways which are now struggling to handle daily volumes of traffic.

Why not instead, have a realistic alternative and enhance the health care service in Portlaoise.

It is one of the most accessible locations in the country, and it can be reached without going near the town.

These considerations don't seem to hold any weight.

Instead, Portlaoise finds itself at the mercy of decisions reached by paperwork, with little basis of what is happening in the real world.