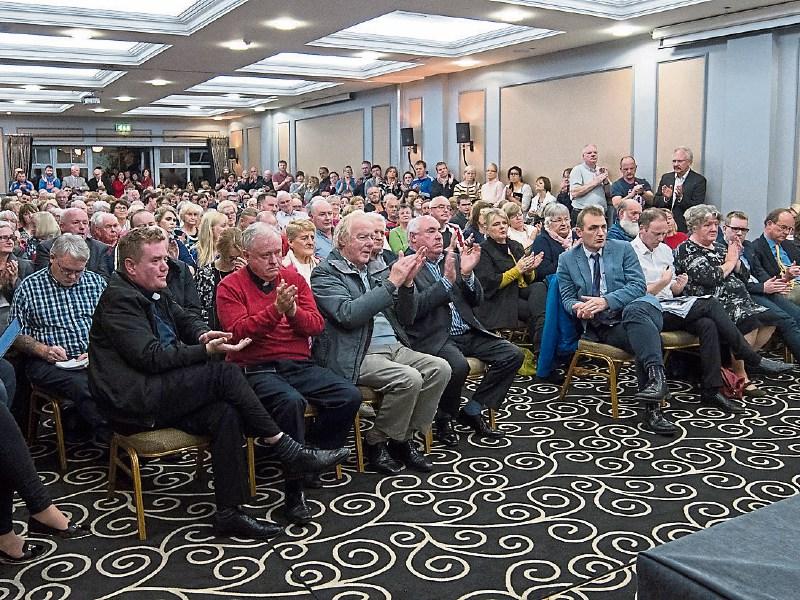 The war of words over Portlaoise Hospital is escalating, as its fate continues to hang in the balance.

What is manifestly evident from the correspondence revealed over the weekend in the Sunday Business Post is the determination of the HSE and the Dublin Midlands Hospital Group to implement their plan for Portlaoise.

The Chief Executive of the Dublin Midlands Hospital Group, Dr Susan O'Reilly cites “clinical risks” at Portlaoise due to the failure to implement the plan.

She also invokes “patient risk” as a consequence

The pressure being put on the Minister for Health, Simon Harris is palpable in this correspondence.

He should resist it at all costs.

This insidious campaign to downgrade Portlaoise has been underway for a long time now.

We are probably approaching a moment of truth, and that may prove inherently dangerous for the hospital.

The forces ranged against the hospital are formidable, and this is even all the more so when you consider their almost insular focus on getting their way on the issue.

They are not going to let it go, or indeed pay heed to any local concerns.

Indeed, these have been dismissed as lobby groups.

And it's not as if there is any grand blueprint for hospital services post Portlaoise downgrade.

Nowhere are credible alternatives offered. Nowhere is the issue of capacity addressed in any meaningful way.

If patients are at risk and this is quite arguable, it's due to the shambolic way this hospital has been treated for years, the way it has been underfunded and under resourced.

Time and again it has been stated here and elsewhere about the many advantages Portlaoise has in its favour.

It's literally as simple as looking at a map.

But no. The myopic determination of bureaucrats to downgrade this hospital persists, like the proverbial dog with the bone.

Minister Harris should do the people of Laois and beyond the service of not publishing this report.

Rather an opportuntity to invest and resource this hospital should now be taken and an end should be put once and for all to the uncertainty regarding its future.

This would be for the greater good.