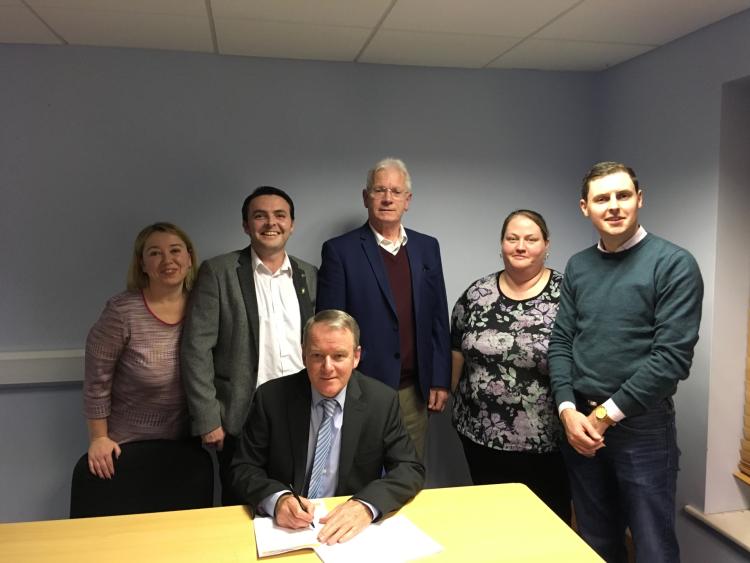 Sitting TD Brian Stanley was selected as the Sinn Féin candidate in the next general election at their election convention last Friday night in Portlaoise Parish Centre.

He thanked the delegates for putting their trust and faith in him and said it was a great honour to be selected.

“There are huge issues to be resolved in the constituency such as the threat to the hospital, the housing shortage, depleted Garda numbers and the shortage of local employment which is forcing thousands of Laois workers to commute to Dublin every day,” he said.

As the Sinn Féin spokesperson on Communications, Climate Action and the Environment, Deputy Stanley said he will be holding the Government to account and pressing for progress on rural broadband, post offices, climate change, windfarm regulations and jobs in renewable energy.

“The change in the constituency boundaries again presents a huge challenge. Having won a seat in the five-seater Laois/Offaly Constituency seven years ago, it was then changed to the three-seater in Laois/South Kildare. Now it is to be changed back to Laois/Offaly once again but minus a huge portion of Laois including Portarlington, Killenard and Ballybrittas.

I am up for the challenge and so is every Sinn Féin member in the county,” he concluded.