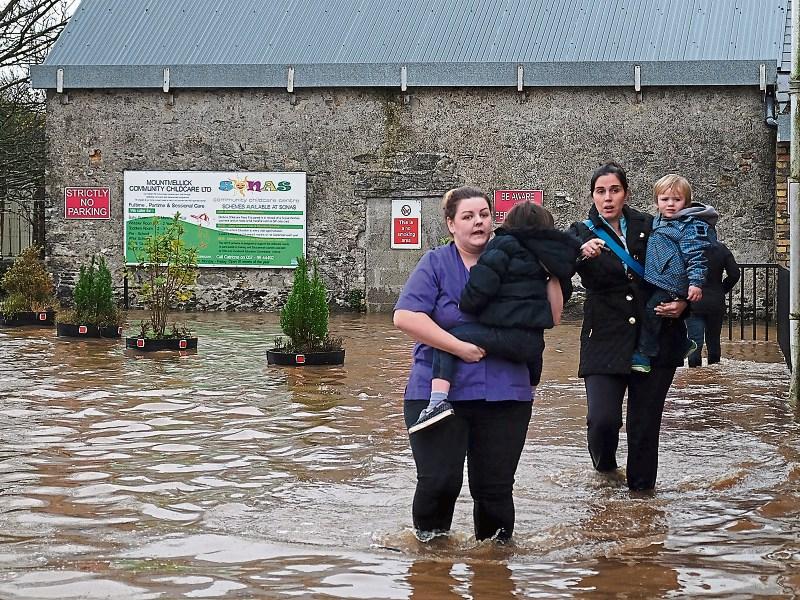 A Mountmellick councillor has warned that unless the council clears the rivers and drains of Laois then there could be a repeat of the serious flooding that recently afflicted the county.

Speaking at the recent meeting of Laois County Council, Cllr Paddy Bracken said he had never seen anything like the flooding, with the bad flooding of 20 years ago not as severe as that witnessed recently.

“The people of Mountmellick showed great resilience,” said Cllr Bracken, going on to say he saw a man on tractor and trailer box taking people out of the flooded areas.

He said the damaged houses would never be rebuilt and the people are at the will of whatever funding the council can provide.

Some homes have been contaminated due to sewage and water, and he appealed to the director of finance to write off these homeowners’ rates for the year.

“I’ve never seen anything like the destruction done, you would get lost for words,” he said, complimenting everyone involved in the evacuation.

He said the fire station which was flooded is now out of action and warned that “this flood will happen again”.

“We need to get an action plan in place,” he said.

He spoke of a fallen tree which was lodged at the bridge in Irishtown and floated through three bridges over the last few weeks, and bemoaned the lack of council staff needed to deal with such issues.

He also said “there wasn’t a garda to be had” on the day and there was mayhem. He said the council needed to look at its resources and beef up the number of outdoor staff.

“There’s huge implications for future house building,” he said, calling on the council to prioritise Mountmellick and get the roads, rivers and drains cleared.

“These are priorities that should have been addressed years ago but weren’t,” he said. “If not, we will be in crisis again.”

Chief executive of Laois County Council, Mr John Mulholland said that the council would provide assistance wherever it could.

“The events have changed the scope of any flood relief plan for Mountmellick, and one is needed for Portarlington, too,” said Mr Mulholland.

Saying that a completely different approach was needed to flood relief, Mr Mulholland declared that: “I never thought we would see this in County Laois.”