26-year-old committed numerous offences, including threatening a delivery man with a weapon 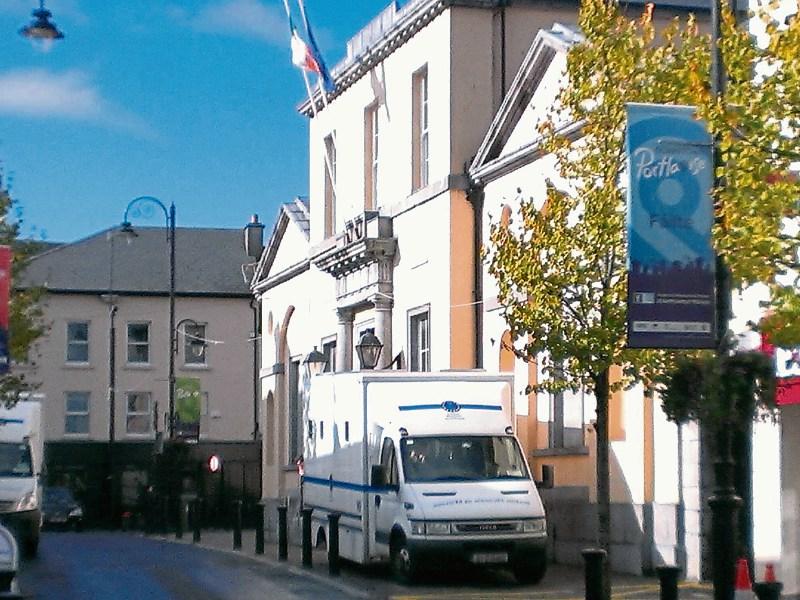 A 26-year-old Laois man forced his way into the home of a 68-year-old man in Mountrath armed with a knife and threatened the man for money in a crime that left the injured party traumatised.

Before the recent sitting of Portlaoise Circuit Court was Stephen Brophy (26), with a previous address listed in Mountrath.

He was charged with a number of offences: assault at the New Road, Mountrath, on November 29, 2016;

Burglary at Castletown Road, Mountrath, between October 31 and November 1, 2016;

Theft of items including a phone, handbags, cash and jewellery from Patrick Street, Mountrath, on November 27, 2016;

And damage to a rear window at a residence at Rushall, Mountrath, between November 19 and November 20, 2016.

Detective Garda JP O’Brien gave evidence, along with State prosecutor, Mr Will Fennelly, that on November 29, 2016, a 68-year-old man was returning home to New Road, Mountrath, when he observed the accused close to him. The man returned home and there was a knock on his window, so he went to the door where he encountered the accused.

The injured party had no money and the accused fled the scene. The man suffered a small nick to his cheek and bruising.

The injured party gave a victim impact statement, in which he said the attack had happened the day after his birthday. Since the attack he feels scared and doesn’t go out much, saying he feels very traumatised and has to look out the window to check whenever someone calls .

He said he found it very embarrassing wetting himself during the attack and the embarrassment has stayed with him. He said he used to go to the pub to socialise, but now he doesn’t go anymore.

Mr Fennelly said the injured party had observed Brophy earlier in the day in a bookmaker’s shop and knew him. CCTV from the shop was viewed by the gardaí and the accused was identified and arrested.

In interview, Brophy said he needed money to try to get a house with his partner. Over the course of interviews at the garda station, he admitted to further offences.

On November 19/20, 2016, the accused entered a house at Rushall and rummaged through it, but nothing was taken.

Between October 31 and November 1, 2016, he entered a house at Castletown Road, after breaking a rear window. Nothing was taken.

On November 27, he stole two handbags from a car at Patrick Street, Mountrath. The property was not recovered.

And on November 28/29, an order was placed with a Chinese restaurant for a delivery in Mountrath. When the delivery man arrived at the location he was approached by two males, one of whom was the accused who had either an iron bar or a knife in his hand. The delivery man was threatened to hand over money, but he refused so the accused grabbed the money and fled the scene.

Brophy had a number of previous convictions, including criminal damage, threatening or abusive behaviour, drunken disorderly, assault causing harm, attempted robbery, and the unauthorised taking of an MPV.

He committed the latest offences while out on bail and went into custody on these matters in December of 2016. He is currently serving a prison sentence on other matters, with a release date of December, 2020.

In response to cross-examining by barrister for the accused, Det O’Brien said that when questioned, Brophy’s first reaction was to tell the gardaí to “f**k off”, however, he then broke down in a fit of crying and told the gardaí everything.

Defence said that the accused was homeless at the time and his wife was eight and a half months pregnant, so they were struggling financially.

Taking the witness box, the accused said he wanted to apologise to the victims of his crimes. He said he was in a bad place, and had suffered with problems with heroin in the past, but has been clean of drugs for six years.

After hearing all the evidence, Judge Keenan Johnson said he wanted time to consider before sentencing, and adjourned the matter to December 8.