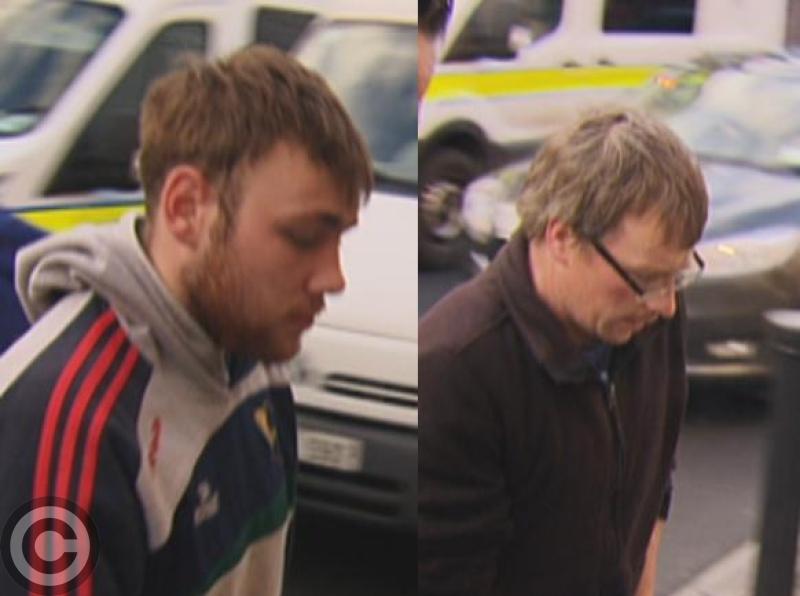 Two Carlow men have been charged in connection with an incident in which an Irish Rail worker in Laois was attacked and locked in the boot of his car for some eight hours.

Before this morning’s (Friday, December 15) sitting of Portlaoise District Court, Patrick Martin (27), St Mullins, Carlow, and Patrick Cunningham (20), Myshall, Carlow, were both charged with robbery at Kilbricken, Mountrath, on December 5 this year.

Detective Garda Mark Russell gave evidence that on that date, an Irish Rail employee had started work at 5am. While he was sitting in his car, the right side window of the vehicle was smashed with a wrench.

He suffered injuries including damage to his eye. The court heard that the injuries were consistent with suffered with being punched. Det Russell said the damage to the man’s eye has not yet been fully determined.

The man's phone was taken and he was locked in for approximately eight hours. He was eventually freed by a work colleague.

The State objected to bail on both men. Solicitor, Mr Barry Fitzgerald said there was no application for bail on behalf of Patrick Martin. The accused was remanded in custody to appear at Cloverhill District Court on December 22.

There was an application for bail on behalf of Patrick Cunningham, and Det Russell outlined the State’s objections.

Det Russell said that the State was objecting due to the seriousness of the offence. He said that a file is being prepared for the Director of Public Prosecutions and more serious charges may be forthcoming.

The detective also gave evidence of alleged messages on social media in relation to the offence, and evidence of the gardaí tracking the stolen phone.

Mr Fitzgerald said that Patrick Cunningham’s uncle was prepared to offer €4,000 cash surety for the accused’s bail, and the accused would follow strict bail conditions.

Judge Catherine Staines said it was an extremely serious offence and if convicted the accused could be facing a very lengthy prison sentence.

The judge remanded the accused in custody with consent to bail on an independent cash surety of €3,000.

Conditions of the bail are that the accused must sign on daily at the garda station; he must surrender his passport; he must provide a mobile phone number to the gardaí at which he can be contacted; and he must observe a curfew of 8am to 8pm.

She warned the accused that if he breached any of the conditions, his uncle would lose the €3,000.