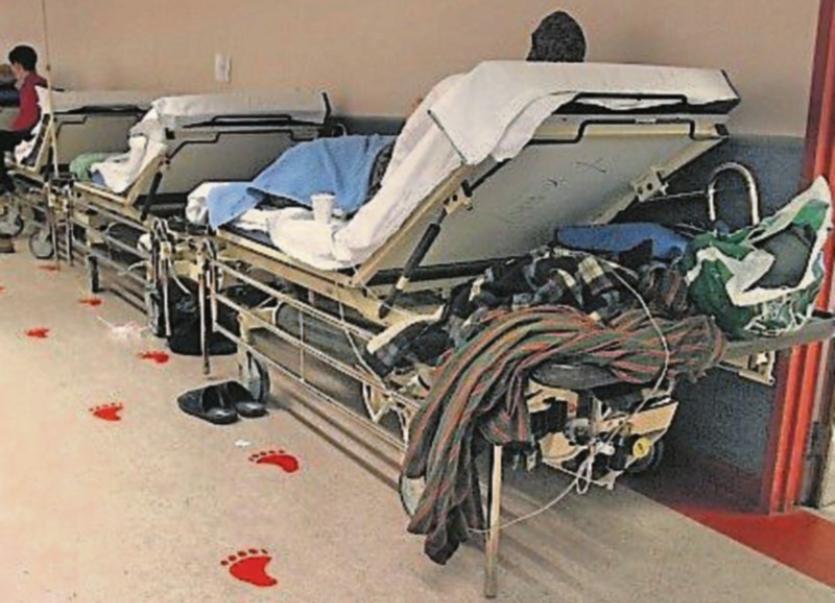 Once again the dichotomy between reality and aspiration in our health services has been laid bare with the end of year figures from the Irish Nurses and Midwives Association.

Their statistics show that a total of 18,363 trollies were used in emergency departments/ A & Es or wards in the Dublin Midlands Hospital Group, including Portlaoise during the year.

It's a staggering figure, considering this is only one group of six hospitals, even if it does have two Dublin hospitals in it - St. James' and Tallaght.

It's represents an increase of seven per cent on the 2016 figure and, apart from Portlaoise, all had to resort to more trollies to accommodate patients.

Tallaght had almost 5,000, with Tullamore not far behind with 4,774. Portlaoise had over 3,200 patients on trollies but the number of trollies deployed dropped by five per cent.

These figures are phenomenal, but for all the wrong reasons.

They show a health system still struggling and failing to cope with the number of patients presenting themselves.

Tallaght's figure, for example, was up 700 on the previous year.

Interestingly, one of the worst hit was University College Limerick, which has had to deal with the closure of emergency departments at Nenagh and Ennis.

This data makes all the more incongrous the Dublin Midlands Hospital Group plan to remove a range of services at Portlaoise, including A & E and ICU, among others.

All the hospitals in the group, as presently constituted, are under severe pressure to cope, with the corridors of all A & E's full of trollies.

The problem is not getting any better, but rather worse, despite all the lip service that has been paid to alleviating the crisis.

However, it's going to get manifestly worse if the likes of Portlaoise is downgraded.

And now we find ourselves back in the deja vu scenario of another January, which saw a record 656 people waiting for a hospital bed on Tuesday.

This, two days into the new year and the flu season not yet having reached its peak.

What is peaking, however, is the level of incredulity this engenders when you consider they are thinking of downgrading a hospital like Portlaoise. Whatever solution there is to the overcrowding crisis, this certainly isn't it.