Portlaoise heroin dealer was 'dealing in misery' to clear debt 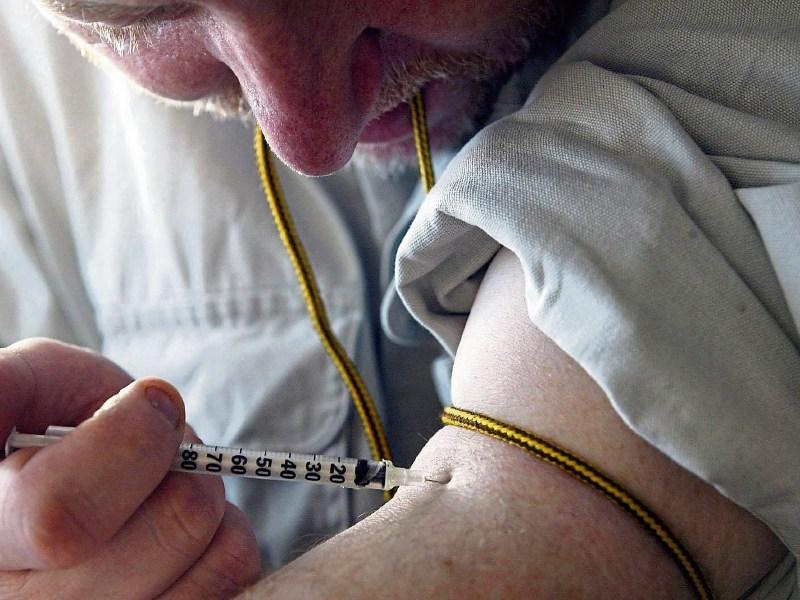 A young man hoping to join the army and a 54-year-old man who was selling heroin to clear a drug debt were among the defendants at last week’s sitting of Portlaoise District Court charged with drug offences.

First before the court was Jason McGlynn (21), Killenure, Ballybrittas.

Sgt JJ Kirby gave evidence that on December 7 last year, at Ballybrittas, a vehicle acting in a suspicious manner was observed by gardaí at 4.10am.

The garda got a strong smell of cannabis and searched the accused, finding a number of bags of cannabis.

Defence, Mr Barry Fitzgerald said that the car wasn’t his client’s vehicle and the accused had been using cannabis to destress after finishing work.

“He has since copped himself on,” said Mr Fitzgerald, adding that the accused has aspirations to join the army and was hoping that the court would not impose a conviction.

Defence said that the accused had €300 to offer the court poor box instead.

As he had no previous convictions, Judge Bernadette said she would give the accused an opportunity and directed him to donate €300 to Coote Street drug services in Portlaoise.

The matter was adjourned to March 8.

In a separate matter, a Portlaoise man was said to be “dealing in misery” by selling heroin to clear a debt.

Before the court was Patrick Mallon (54), Meehan Court, Portlaoise.

Sgt JJ Kirby gave evidence that on April 21, 2017, a search was conducted of the accused’s home and heroin valued at €170 was located.

The accused admitted this was for his own use.

On September 21, 2017, the gardaí again searched his home and 22 individual wraps of heroin were seized, to a total value of €450.

The accused was not present at the time of this search.

The accused had 22 previous convictions, including four for drug offences.

Defence, Ms Josephine Fitzpatrick said her client had struggled with his addiction over many years, but is now stabilised on a methadone programme.

She said that he worked up a small debt and for a short time was dealing in heroin, “dealing in misery”.

Defence said that the accused had several medical conditions and had now been diagnosed with throat cancer.

Ms Fitzpatrick said this offending represented a slip for the accused and he had cooperated with the gardaí.

She also said he had a very good partner who was present with him in court that day.

Saying that the accused had significant previous convictions, Judge Bernadette Owens put the matter back to April 5 for a probation report.