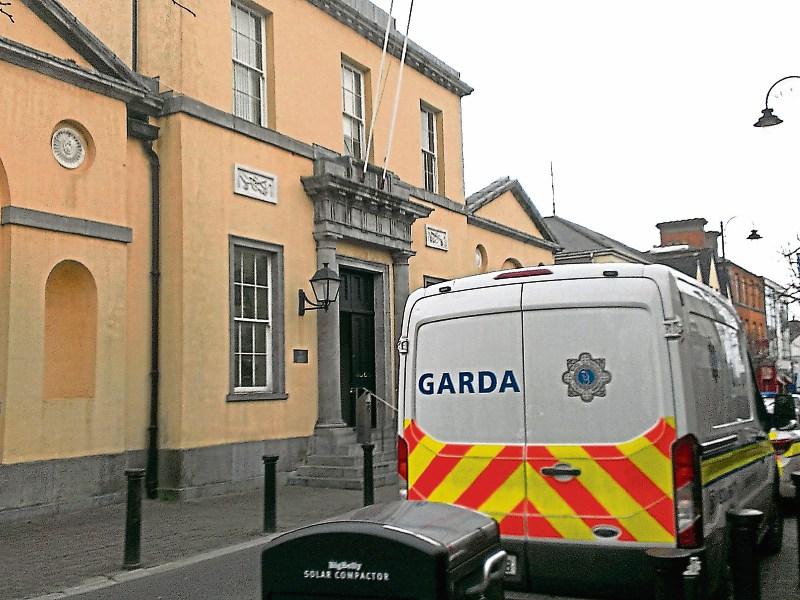 The trial of a 54-year-old Laois man charged with two counts of sexual assault against a 12-year-old girl in 1992/1993 ended in a hung jury at the recent sitting of Portlaoise District Court.

The alleged injured party, now aged 37, gave evidence that in 1992 the accused man worked for her uncle tending to his farm in Laois, on which there were horses and cattle.

She said one day the man came to the house and asked her mother could the girl come help him with the horses.

She said she went with him in his jeep, which had no back seats, a short distance to a laneway with a gate at the end.

He got over the gate and she did the same, but she said that he proceeded to help her down and put his hands down her t-shirt.

She said her breasts were starting to develop at the time and she was not wearing underwear on her upper body.

“When he took his hand out he had an old pound coin in his hand and said, ‘Look at what I found’,” she said.

She said they got back into the jeep and he was acting as if nothing happened. She told the court he said: “Don’t tell your mam I gave you that.”

The woman said that on a second date, she went with the accused to a farmhouse with outdoor sheds.

He went into a shed and called to her, saying, “Come here, I want to show you something”.

She said she was reluctant, but went into the shed. She said he grabbed her from behind and put his hand down her top and tried to put his hands down her trousers.

She struggled to get away, but he said “it’s alright”.

She said she noticed his trousers were open and his erect penis was out.

She said he asked her to kiss it, but she did not touch anything.

“I ran away. He wasn’t very forceful or aggressive,” she said.

She said he came after her in the jeep and told her to get in.

“He appeared normal, as if nothing happened again,” she said.

She said she was shaken and terrified and he gave her a £5 note. She said she never spoke to him after that.

Barrister for the accused, Mr John Peart SC, put it to the witness that in a statement she made to gardaí in 2016, she seemed to be correcting details that she gave in her original statement in 2014.

The witness replied that she was probably correcting dates.

Mr Peart put it to the witness that the accused would say he had approached her while she was at a pump near her house and asked her for help with the horses, and she came to his aid.

The witness said that this never happened.

Mr Peart questioned the witness over the shed building she alleged the second incident occurred in, specifically details about the doors.

The witness replied that she had not been in the yard in a very long time to remember where the door was.

Mr Peart asked did she have a poor memory, to which she replied: “I probably do, yeah.”

Mr Peart said that the shed building was actually two or three different sheds, to which the witness replied that the building looked like it could be one shed.

“I haven’t been in that shed since the incident happened,” she said, adding that she couldn’t remember if the building was a number of different sheds.

“I’m not making anything up,” she said.

Mr Peart put it that she had changed her evidence between the first and second statements concerning the shed.

The witness restated that she had been in the shed.

She also alleged that there had been more incidents of assault against her by the accused, but that the two incidents she had given evidence about were the only two that stood out in her mind.

The trial ended in a hung jury and the matter will now be listed at the next sitting of Portlaoise Circuit Court in April.