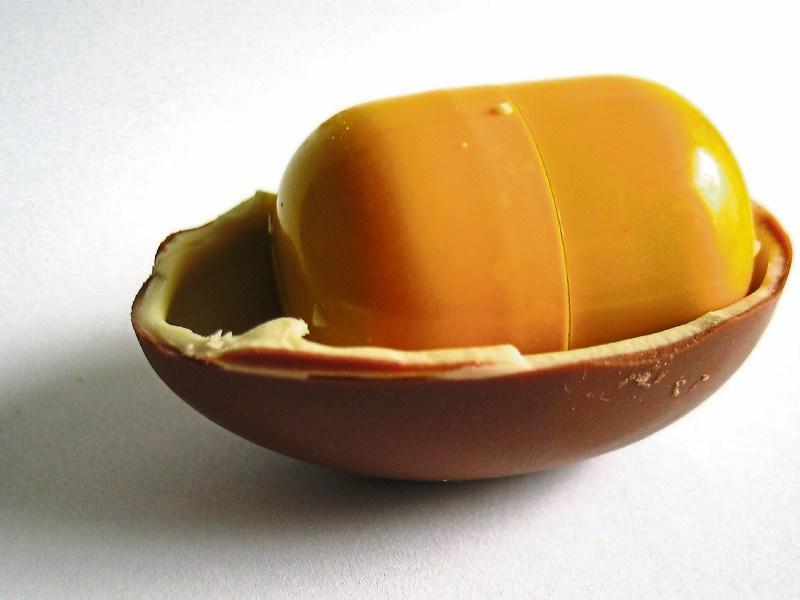 A woman caught trying to bring cannabis into the local prison hidden in a Kinder Egg has claimed that her son, who was serving a sentence, and her two daughters were threatened by drug dealers to force her into committing the offence.

At last week’s sitting of Portlaoise District Court, Christina Kenny (49), with an address at Bishopsland, Co. Kildare, was charged with bringing drugs into a place of detention.

Garda McGhee gave evidence, that on February 7 this year, at the Midlands Prison, the accused was detected trying to bring in cannabis worth approximately €80.

Defence said that the accused’s son was threatened in prison and she was put under pressure to bring the drug in.

Defence said that the accused’s son suffered with a heroin addiction and ran up a debt, so the drug dealers contacted the accused.

The accused offered to pay, but was told that money would be no good in prison and was ordered four times to smuggle in the drug.

The accused was told her son would have his face sliced if she didn’t agree and her two daughters were also threatened.

The accused was given the drug inside a Kinder Egg and told to bring it into the prison internally, but she instead put it into her clothes.

She was told she would be watched in prison but was hoping to be found out, said defence, and dropped the Kinder Egg, which was how she was detected.

Defence said the accused works part-time with the HSE and a conviction would more than likely lead to her losing her job.

Defence also said that the accused spoke to her son in prison about reporting the matter to the gardaí, but feared repercussions.

“I’m constantly being given this excuse and drugs are just flowing into prisons,” said the judge. “The only way it will stop is if it’s reported to the gardaí.”

The accused was convicted and fined €100, with recognisance fixed in the event of an appeal.