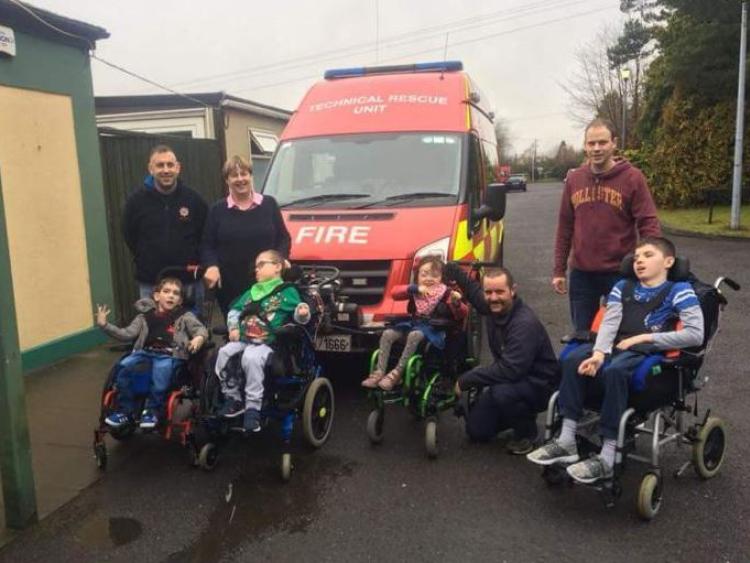 A visit by the Laois County Fire and Rescue Service to Kolbe Special School, Portlaoise.

The “snail’s pace progress” on Kolbe Special School in Portlaoise has been condemned by Sinn Féin TD Brian Stanley, who has again raised this issue with the Minister for Education Richard Bruton TD.

“I raised this matter again with the Minister due to the absence of any progress on this over the years. Kolbe Special School is in dire need of new accommodation and facilities. The school is operating in what is basically a cluster of prefabricated buildings some of which are well passed their ‘best by date’ and are totally unsuitable,” said Deputy Stanley.

He revealed that he received a reply from Minister Bruton, in which it was outlined that the building project for this school is included in the department’s six-year construction programme.

“The process of acquiring a suitable site to facilitate the proposed building project has been completed. The project brief is now being finalised. This is a part of the preparatory work required to facilitate the progression of the project into the architectural planning process and my department will be in further contact with the school in this regard,” said Minister Bruton.

Deputy Stanley said this response was very disappointing as it is very similar to a reply that he received late last year from the Minister.

“It really is snail’s pace progress,” he said. “The 39 special needs children and the staff are managing in very difficult circumstances and cannot be expected to continue like this indefinitely.

“I am calling on the department to progress the new school building project with greater urgency,” concluded Deputy Stanley.