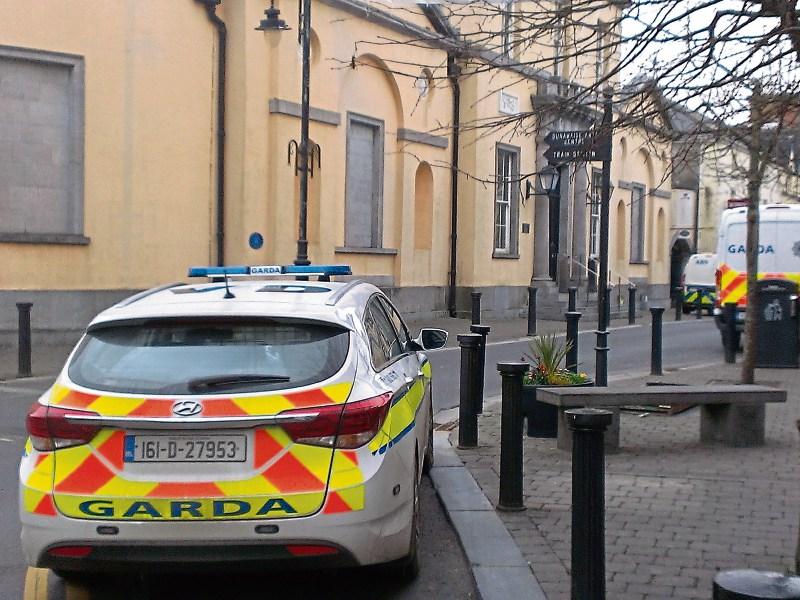 A Portarlington woman has been given four driving bans having been convicted of dangerous driving in which she crashed into a parked car before driving into the path of an oncoming vehicle.

Sgt JJ Kirby gave evidence that the accused drove into a parked car at the Borris Road, then drove headlong into the path of an oncoming vehicle, before she left the scene.

She crashed the car in the car park of SS Peter and Paul’s Church, where there were multiple witnesses.

She was arrested and detected with drugs in her system including cannabis.

Sgt Kirby said that €1,000 damage was caused to one car she struck, while €500 was caused to the other car. Fortunately, no one was injured.

Defence, Mr Declan Breen admitted that his client’s actions were at the top scale of dangerous driving. He said the accused was insured, so damages have been paid to the injured parties.

Mr Breen said the accused was originally from Dublin, but moved to Laois when she was in school. She set up her own beauty salon in 2015 in Portarlington, but this failed because of her underlying issues, which included health issues for which she was hospitalised eight or nine times.

She is now linked up with a counsellor and was completely clean until the day before the offence, he said, but she slipped the night before and took drugs after a cognitive therapy session raised issues she had struggled to deal with.

She was staying with a friend in the area and she had an appointment with Merchants Quay that day, but she had no recollection of what happened.

In ruling, Judge Catherine Staines said this was an extremely serious matter as the accused could have killed somebody.

“It’s a miracle that you didn’t kill somebody,” said the judge.

As the accused had no previous convictions and pleaded guilty, the judge said she would adjourn the matter to September 28 for a probation report and psychiatric report, and for the accused to complete a driver educational programme.

The judge said she would disqualify the accused immediately, as she should not be driving.