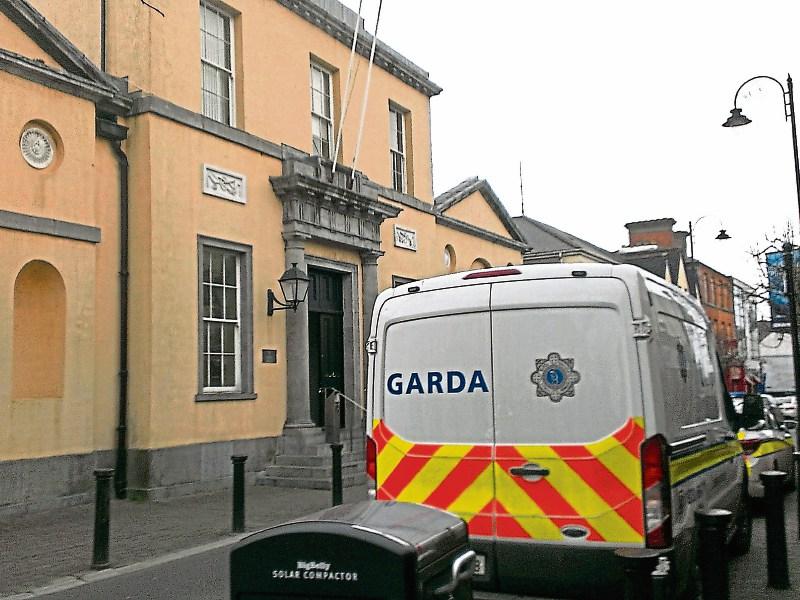 A Portlaoise man who threw a safe through the window of his ex-partner’s home while their very young child was in the house has been given six months in jail.

Wesley O’Brien (19), with an address listed at 60 The Grange, Borris Road, Portlaoise, was charged with three counts of criminal damage, at The Grange on May 14, 2018.

Sgt JJ Kirby gave evidence that the accused was at the home of his ex-partner when he picked up a small safe and threw it through the window.

Sgt Kirby said there was a very small child in the house at the time, but thankfully no one was injured.

€1,300 of damage was caused. The accused had 19 previous convictions.

Defence, Mr Aonghus McCarthy said that the two parties had a young child together and they never had any issue before this incident.

Defence said that the accused was so angry on the day that he walked away from the house and was standing waiting to be arrested.

Mr McCarthy said that the injured party did not wish to make a victim impact statement and there may have been reconciliation between the parties.

Sgt Kirby confirmed that the injured party did not wish to make a victim impact statement, but said he was not sure about the reconciliation.

Mr McCarthy said his client was very frustrated with what had happened.

“It was a domestic that got out of hand and he reacted badly,” said Mr McCarthy.

Judge Catherine Staines took issue with Mr McCarthy’s assertion that the incident was nothing more than a domestic, saying she considered domestic violence very serious.

Judge Staines imposed a six-month sentence, backdated to May 18, with recognisance fixed in the event of an appeal.