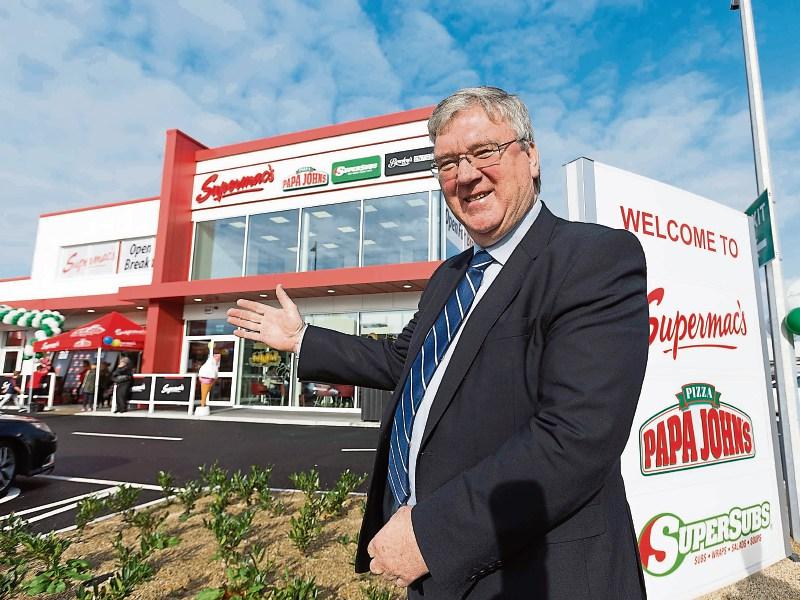 Objections have been lodged with Laois County Council against fast food tycoon Pat McDonagh’s plans for the construction of a new motorway service station at Togher in Portlaoise.

Mr McDonagh, whose fast food business Supermac's comprises over 100 outlets nationwide, has applied for permission to build a two-storey building with a retail unit, a food court and drive-thru, communal seating area, office, toilet and kitchen facilities, adjacent to Junction 17 of the M7 at Togher, Portlaoise.

The development will include six filling pumps, two totem pole signs, and a new vehicular entrance and egress road, with improvement works to the existing road network at Togher.

However, a number of submissions have been made to county hall against the plans.

Alan Meredith, on behalf of Petrogas Group Ltd, Parkwest, Dublin 12, said that it appears the proposal forms part of a much wider masterplan for the Togher area.

It is claimed that the applicant controls much of the land in the area and intends to work very closely with the council to develop all of the property over time.

“We are not aware of any relaxations in traffic standards that would allow a new service area to be safely delivered without the previously required motorway upgrades being in place in advance,” said Mr Meredith.

There is an existing facility currently operated by Applegreen and Mr Meredith said that the sustainability of another major facility at the same location providing more or less the same services, but without the motorway upgrades previously deemed necessary, is an area of some concern.

“We would hope the applicant can address the major issues of need, traffic safety and policy compliance in the first instance,” he said.

Mr Frank Dunne, Togher, Portlaoise, made a submission saying that noise levels are already high and the traffic volumes will increase.

As the local road will now have to accommodate traffic from the national road system, he asked is the design safe.

And a further submission was made by James Warren, Hillcrest, Kilcullen, Co. Kildare.

“There are enough motorway service areas in existence and another one is not needed,” he said.

Mr Warren said that the TII policy is that there should be 60km between service areas, but there is already planning permission granted for a service area within 1.5km of this site

He also said that the traffic created will have an adverse effect on the functioning of the motorway roundabout.