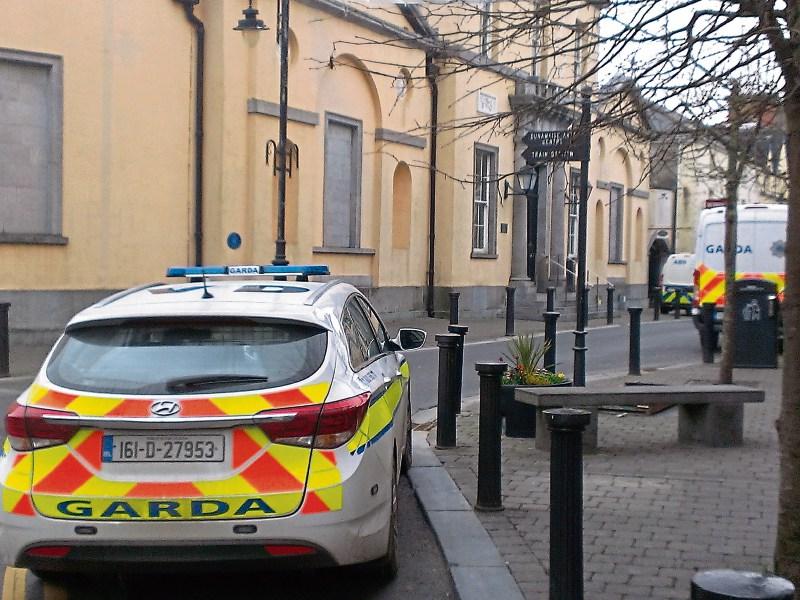 A Portlaoise man who committed two armed robberies in order to pay off a €7,000 cocaine debt, terrifying shop assistants with a sawn-off rifle and firing shots at members of the public during the hijacking of a vehicle to make his escape, has been jailed for seven years with the last two years suspended.

“A clear message has to go out that anybody who engages in armed robbery can expect a custodial sentence not so much to punish the offender but to deter others from engaging in such activity,” said Judge Keenan Johnson, sentencing Joseph Moore (32), Market Mews, Maryborough Village, Portlaoise.

At Portlaoise Circuit Court, Detective Garda JP O'Brien gave evidence, along with State prosecutor Mr Will Fennelly, that on August 19, 2017, the accused entered the Emo Filling Station, Mountrath, with a firearm.

He pointed the firearm at the man working and directed him to empty the till. The accused stole €1,980 from the store.

Det O’Brien said that the firearm, a sawn-off rifle, was pointed at the employee throughout the incident.

This firearm was stolen during a burglary at Oldtown, Abbeyleix, on August 10, 2017.

Det O’Brien said that following the robbery on August 19, the accused hijacked a vehicle at Derrykearn, Abbeyleix, during which shots were fired.

The accused had crashed his getaway car after the robbery in Mountrath and hijacked another one.

Det O’Brien said that people were running for cover during the hijacking, with the accused firing shots. He subsequently crashed this hijacked vehicle and was found hiding in shrubbery about ten feet from the crashed vehicle. The accused was arrested and taken to Tullamore hospital with injuries including fractures and broken bones.

Det O’Brien said the offences were committed against a backdrop of considerable drug abuse.

Defence for the accused said that Moore had been abusing cocaine and benzodiazepines on the day of the offending and he owed a significant drug debt for cocaine of €7,000.

Judge Johnson said it was clear that all the victims were subjected to aggressive and frightening behaviour.

“The offences to which the accused pleaded guilty are extremely serious and unfortunately far too prevalent. In most instance these types of offences are committed by people like the accused who are high on drugs and need money to feed their habit,” he said.

On the firearm charge, Judge Johnson imposed a five-year sentence to run concurrent. The other charges were taken into consideration.

The sentences were backdated to August, 2017, when the accused went into custody.