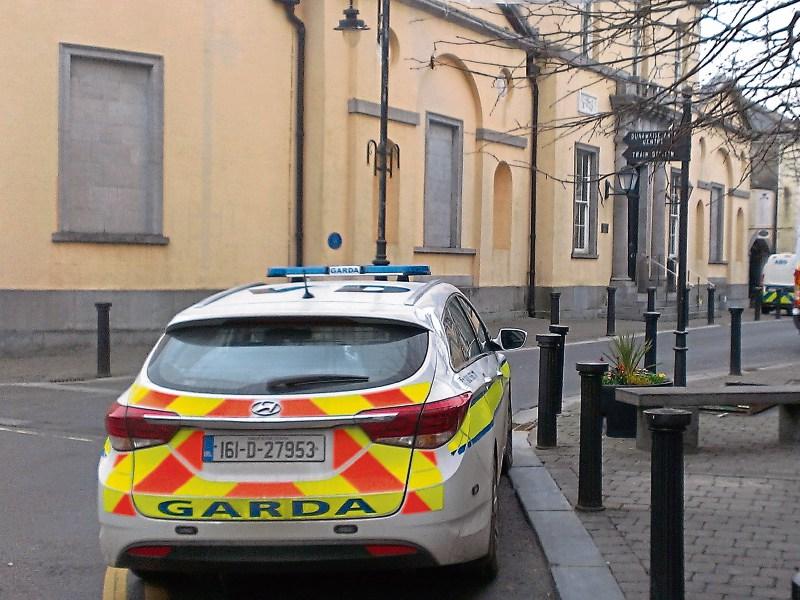 Two men have been remanded in custody after being charged with having firearms and a pipe bomb in their car when it was stopped by Laois gardaí.

Detective Garda JP O’Brien said the DPP had directed trial by indictment and requested four weeks for the preparation of a book of evidence.

The State objected to bail on both men due to the seriousness of the charges.

Det O’Brien outlined that on February 25, 2016, as part of a planned garda operation, a car was stopped on the M7 containing two people. Two firearms and an explosive device were found.

Det O’Brien said the guns were a Glock 9mm pistol with 18 rounds of ammunition and an airsoft pistol with six cartridges. In the boot was discovered an improvised pipe bomb.

Det O’Brien said had the pipe bomb exploded there would have been a loss of life.

Judge Catherine Staines said they were extremely serious charges and there was no question it was a very serious offence.

She refused bail and remanded the accused in custody to appear at Cloverhill District Court on October 4.

In relation to Aurimas Bermotas, defence asked that the charges be struck out as the accused had been 16 at the time and had he been charged as a juvenile he may have had the benefit of being dealt with under the juvenile liaison office. Judge Staines said that defence could make this legal submission on October 4.