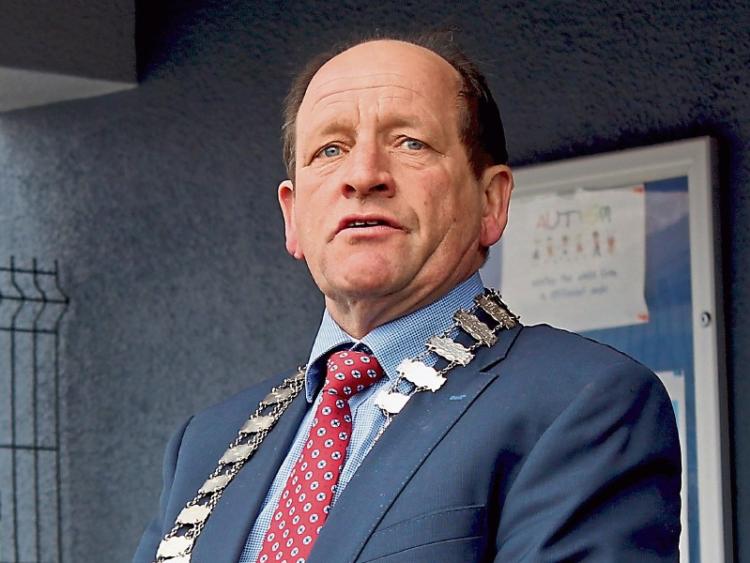 People are tripping on the unsafe paths in Raheen Cemetery and coffin bearers at funerals are having to watch their step.

So said a number of councillors at the recent meeting of the Portlaoise Municipal District in Laois County Hall.

Cllr Willie Aird called on the council to arrange to carry out repair works and consider the installation of new footpaths in the cemetery in Raheen as the paths are in an unsafe state at present.

In a separate motion, Cllr John Joe Fennelly asked the council to give a timeframe on when works will take place on the footpaths in Raheen Cemetery.

Cllr Aird pleaded that something had to be done immediately, no matter where the council got the money from.

He said that if people were walking up the main thoroughfare with a coffin the path was gone.

He said that he had seen a lady trip recently, which was highly embarrassing for him as a public representative.

“I don’t want to be put in that embarrassing position again,” he said.

He also said that no hearse is used and the coffin is carried.

Cllr Fennelly said he had been looking for this for the last 12 months and the council could not wait any longer.

“You can see people carrying a corpse trying to watch where they’re going,” he said, adding it was a health and safety situation.

Cllr Catherine Fitzgerald said the work was needed urgently, as big crowds go to funerals in Raheen and people are picking their steps through the cemetery.

“It’s embarrassing for public representatives,” she said, adding that people carry the coffin across from the church which is dangerous.

Agreeing that it was an embarrassment, Cllr Caroline Dwane Stanley said that people had also been complaining about the cross, which was rotten and ready to fall.

In response to the motions proposed by Cllr Aird and Cllr Fennelly, a written response was provided by Ms Orla Barrett, senior executive engineer with the environment section.

She said an area of approximately 460m/sq has been identified in Raheen Cemetery requiring repair and improvement.

These works are included in a larger body of work which forms part of a comprehensive report on cemeteries in the county, currently under preparation, Ms Barrett said.