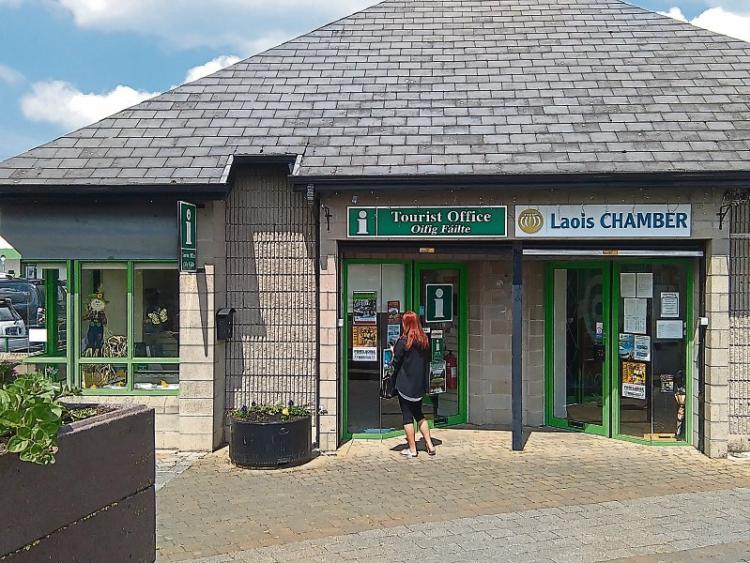 The tourist office in Portlaoise

Fáilte Ireland have abandoned Laois by closing up the tourist office, which is now only kept going by people on a Tús work placement initiative.

That was the sentiment expressed by local councillors at today’s (Wednesday, October 17) meeting of the Portlaoise Municipal District.

Cllr Pauline Madigan proposed a motion calling on the council to consider opening a tourist office from Monday to Sunday in the town of Portlaoise.

She was informed in a written response from Mr Dom Reddin, administrative officer, that Fáilte Ireland own the office in Portlaoise and decided to withdraw their services some years ago. The office was subsequently leased from Fáilte Ireland by Laois County Council.

The tourist office is now staffed through Tús community work placement initiative through the Laois Tourism Board. This year there was a delay in finalising that recruitment process which subsequently caused the office to be closed for a short period.

However, the council will be consulting with the Tourism Board as to ways to improve the service to tourists visiting the town, concluded Mr Reddin.

Seconding Cllr Madigan’s motion, Cllr Willie Aird said this was a Laois issue so money should be sought from the council budget.

“I was very disappointed that it closed it midseason last year,” he said.

Agreeing, Cllr Noel Tuohy said it looked bad when the office closed down halfway through the season.

Said Cllr Caroline Dwane Stanley: “Only for Tus workers it wouldn’t be open.”

“Fáilte Ireland have to step up to the mark,” she said.

Cllr Mary Sweeney said the council needed to up its game and get funds for a new office.

“Fáilte Ireland have just abandoned us,” she said.

Cllr John Joe Fennelly agreed that the county should have a proper tourist office.

“Fáilte Ireland have forgotten about Laois,” said Cllr Fennelly. He said that Laois has Heywood House and the gardens in Abbeyleix, yet Fáilte Ireland has never put a busload of tourists into these places.

However, director of services, Mr Kieran Kehoe said he strongly disagreed with the councillors’ remarks on the council, as over the last 18 months there had been a sea change in the way the council has supported tourism services in the county.

He said the Laois Tourism Board had been re-established and loads of buses bring tourists to the Rock of Dunamase. He said a lot of excellent work had been done.