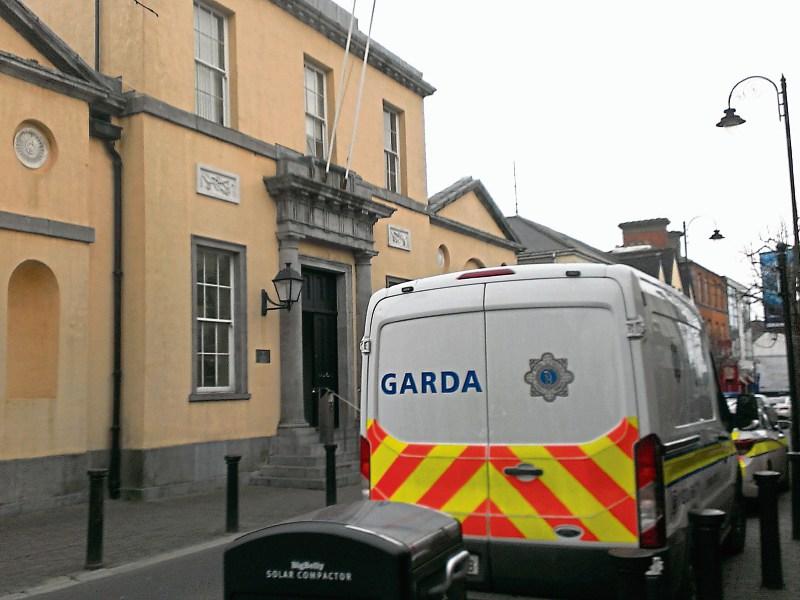 A woman who stole a handbag from the Monasterevin convent containing a phone, car keys and a cheque for €1,400 has been given a suspended sentence at Portlaoise District Court.

Sgt JJ Kirby gave evidence that on July 11 last year, the accused entered the Presentation Sisters Convent in Monasterevin and stole a handbag, containing a phone worth €200 and an iPad charger, a cheque for €1,400 and car keys.

The bag was not recovered.

The accused had 83 previous convictions, including 23 for burglary and 12 for theft.

Defence, Mr Philip Meagher admitted his client had an appalling record, but since this incident she had not come to garda attention.

He said the accused suffered with a lot of difficulties, including abdominal cancer for which she will be undergoing a procedure in February.

Mr Meagher said the accused had suffered with chronic depression at the time of the offence.

He said she was in a desperate position and is currently living with her 17-year-old daughter.

Mr Meagher said the accused had got off a bus in Monasterevin to meet an individual, but she then had no money to continue her journey so she went to the convent to get help.

Mr Meagher said the theft had been an opportunistic crime, as she saw the bag and couldn’t resist taking it.

He said the theft did not benefit her as another individual took it from her.

The accused was not in a position to make good on the loss of the bag, said Mr Meagher, and she is unable to do community service.

He asked the court to take into account the accused's present situation and said she wholeheartedly apologised for her actions.

Saying the accused had an appalling record, Judge Catherine Staines described the theft as very disturbing, as the bag contained a phone with personal contact information and keys to locks that would have had to have been changed.

“I’m sure she gave no thought for that lady,” said Judge Staines.

The judge imposed one year in jail, suspended for one year.

She warned the accused that if she committed further offences, despite her illness she would go to prison.

Judge Staines also directed that €600 go from the court poor box to the injured party.