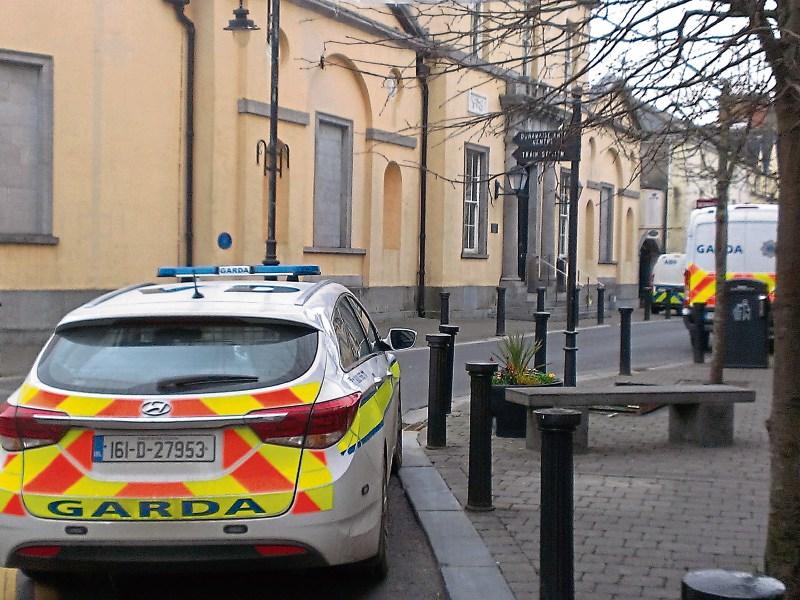 An Athy man has been given a six-year sentence for his part in the robbery of a Stradbally shop in which two women were put in fear by two masked men armed with knives.

Two women were working and the men began shouting and demanding they open the till.

Garda Kelly said that one of the women “was caught in the headlights” and she opened the till and threw money at the men.

There was a second till which she could not open and the men threatened to knife her, with one man saying he was “going to f**king stab” her.

They gathered up the money and left the premise to get into a car which was waiting outside, before they drove off in the direction of Carlow.

On January 9, 2017, a member of the public found clothings and discarded items in a ditch and contacted the gardaí. Forensic analysis of this find turned up DNA linked to the accused.

Garda Kelly said that when arrested, the accused said the robbery was unplanned and was carried out as he was stuck for money. He said the accused had a heroin issue.

The accused had 54 previous convictions, including burglary, robbery, criminal damage and public order offences. He was already serving a sentence on other matters when he came before the court on this charge.

In a victim impact statement, one of the women who was working in the shop said she had been left with a fear of people being near her and felt huge guilt that one of her staff had experienced this incident.

She said she had feared for her own life and the robbery had now limited her livelihood and lifestyle. She said that hearing one of the men egging the other on to stab her had put indescribable fear in her and the robbery had been a terrifying ordeal.

“It was not good for either my business, or my mental health,” she said, adding that her world had been turned completely upside down.

In sentencing, Judge Keenan Johnson said the robbery must have been a frightening experience. He said it was an appalling state of affairs that the shop owner, a widow with three children, should have been subjected to this king of violent offending.

Judge Johnson imposed a six-year sentence, with the final year suspended for five years on condition the accused enter into a peace bond for five years; he remain under probation supervision for 12 months; and he refrain from alcohol and illicit drugs.

The sentence was to run concurrent with the sentence the accused was already serving.

Said Judge Johnson: “The message has to go out loud and clear that anybody who engages in this kind of activity can expect a lengthy custodial sentence.”