Solicitor avoids jail as court hears she acted 'under stress, duress and fear' 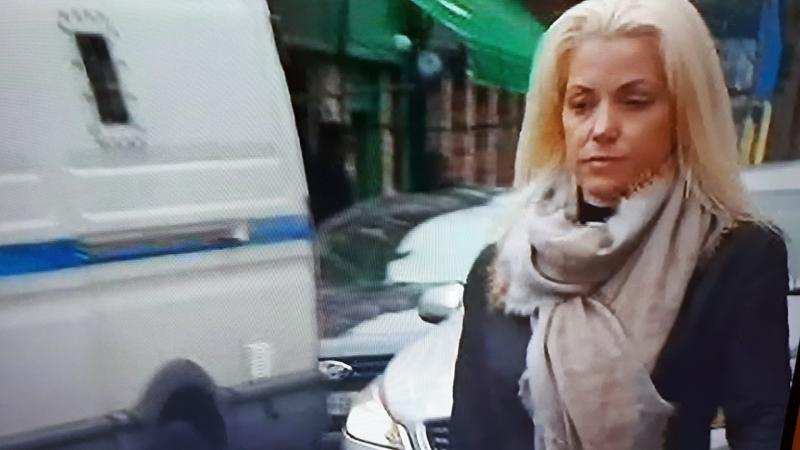 A solicitor who gave a mobile phone to a convicted rapist incarcerated in Portlaoise Prison after he threatened her family has been given a suspended sentence, with a circuit court judge accepting she was acting under “unbearable stress, duress and fear” at the time of the offence.

Joanne Kangley (41), formerly of Bailieborough, Co Cavan, but now residing outside of Ireland, pleaded guilty to supplying a mobile phone to an inmate of Portlaoise Prison, when the prisoner attended for medical treatment at the Midlands Regional Hospital Portlaoise, on November 6, 2014.

Portlaoise Circuit Court heard that when the phone was eventually recovered by the authorities, it was found that the prisoner had used it for online searches relating to his former solicitor and the victim of his rape and false imprisonment conviction. He also used the phone to leave threatening messages with persons associated with this case. The phone was also used to make regular contact with a number belonging to Ms Kangley.

When arrested and questioned, Ms Kangley told gardaí that the prisoner had threatened her and her family.

The court heard that the prisoner threatened to fillet Ms Kangley and rape her child and so she gave him her work phone for her own protection.

Ms Kangley told the gardaí that during visits with him he would drop in bits of information about her, or her family, and there was fear on her part.

On this occasion, he asked her for a phone and she said no. To this, the prisoner told her to remember what he was serving a sentence for and then mentioned her child, so she handed the phone over.

She also admitted buying him the SIM card and topping up the phone.

In sentencing, Judge Keenan Johnson said that in fairness to the accused, she was caught between a rock and a hard place in relation to her dealings with the prisoner. He said the named prisoner is “an extremely unsavoury and dangerous individual” who will lash out at anybody and anything in order to further his cause.

He said the prisoner had exploited Ms Kangley’s vulnerability, thereby forcing her to commit the offence.

Judge Johnson said the crime represented a serious breach of trust on the part of the accused who was acting as an officer of the court. However, he went on to say that it was abundantly clear she was acting under unbearable stress, duress and fear when she committed the offence. A forensic psychiatric report indicated that Ms Kangley was suffering from Post Traumatic Stress Disorder when she committed the offence.

Judge Johnson noted that the accused had since lost her profession and her livelihood, which was a significant punishment in itself.

He said that the experience of the accused should provide a salient lesson to all lawyers of the importance of maintaining a healthy distance between their clients and themselves.

“She was clearly in an extremely invidious position with choices to make that were all going to be highly unpalatable,” said Judge Johnson.

Taking into account all factors, including the accused’s plea of guilt, her cooperation and remorse, her loss of livelihood, the duress, fear and stress she was under, the fact that she suffered from PTSD, and the glowing testimonials handed into court by her defence team, Judge Johnson imposed a 12-month sentence, suspended for five years on condition the accused enter into a peace bond to keep the peace and be of good behaviour for five years.

“I am absolutely satisfied that the loss of her profession, livelihood and reputation together with the significant adverse publicity surrounding these proceedings more than sufficiently punishes the accused for her wrongdoing,” said Judge Johnson.

In conclusion, the judge wished Ms Kangley well for the future and expressed his hope that she could move on with her life.