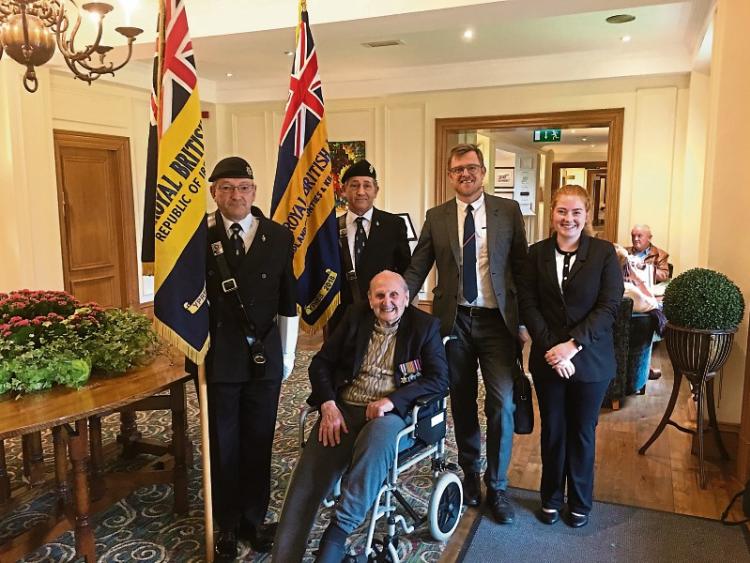 The presentation, which was arranged by his good friend Tony O’Connor, took place in Newbridge. RBL ROI Chairman Brian Duffy and the Standards of Republic of Ireland District and the Midlands Counties and Kildare Branch were present for the occasion. Mr Woods, who served in the Royal Air Force Regiment during World War II, is well known and liked about the town of Newbridge. He was with the first British Forces to liberate Denmark in 1945.