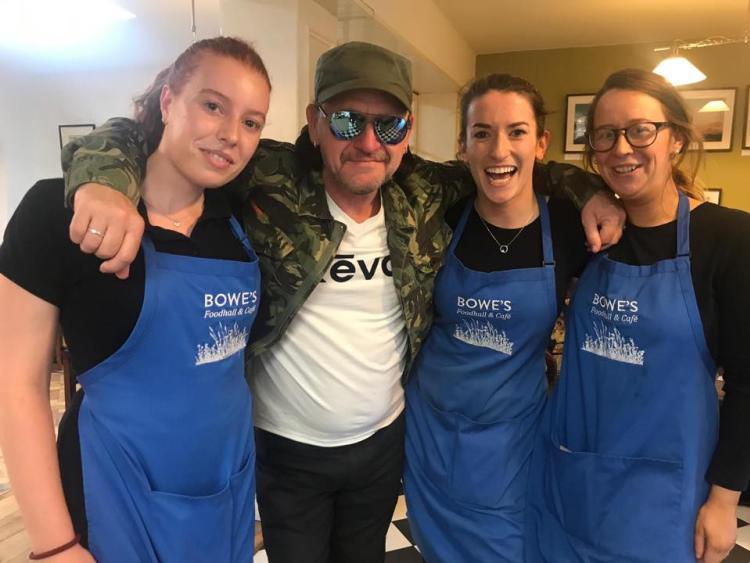 Did Bono drop into a Laois cafe this morning for coffee, or didn't he?

Bowe's Foodhall & Cafe posted a pic of the U2 frontman on Facebook and Instagram this morning Monday June 17, saying, "We are all star struck here in Bowe's this morning as Bono popped in for coffee."

Sarah Bowe is the owner.

"We were delighted, there were great excitement," she said.

"He came in with two other people, they had coffee. He was lovely, very nice, very quiet. We met him at the till after and we asked for a photo. He just laughed that we had recognised him and agreed," she said.

In the photo are staff members Katie, Tania and Grainne.

However sharp eyed Leinster Express readers say it is not.

Here is a picture of Bono and 'Bono' below, what do you think? 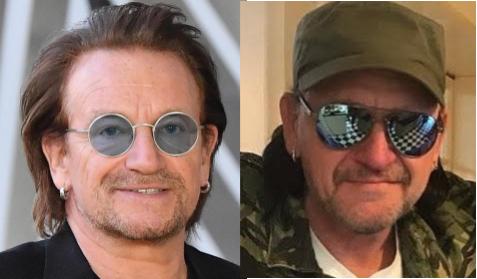 Bono is in Ireland at the moment, and attended a gig in Malahide castle yesterday to see his son Eli performing, the lead singer of Inhalers. He was snapped at the concert by a woman who sent out a tweet.