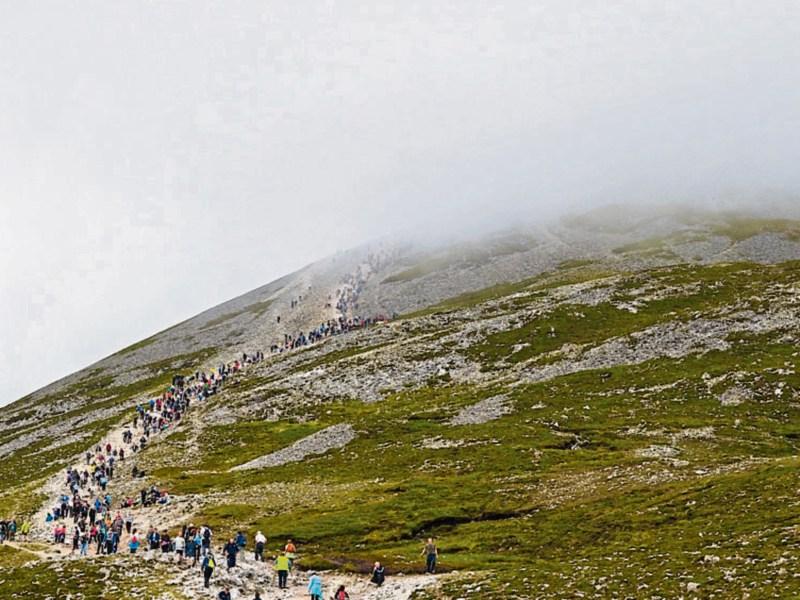 Two men from the UK caught being drunkenly disorderly in the street were only in Ireland to climb Croagh Patrick, the district court heard.

Anthony Maughan (26), 4 St Theresa's Close, Hackney, London, and Martin Maughan (21), 131 Cassland Road, London, were charged with being intoxicated in a public place, and threatening or abusive behaviour, at Main Street, Tullamore, on July 10.

Garda evidence outlined that the accused were arrested on Main Street, Tullamore.

Anthony Maughan was intoxicated and abusive and when he was asked for his name and address he told the gardaí to p*ss off.

Martin Maughan told the court that he was very drunk on the day and wished to apologise for what had happened.

He said they had just got off the boat and had a few drinks on the day. He told the court that the two men had arrived in Ireland to climb Croagh Patrick.

Judge Staines asked did they have any money, to which Martin Maughan replied they had about €40 or €50.

“We have a family outside,” said Anthony Maughan, adding that what money they had was to survive on.

Judge Staines told them to contact their family and pay €100 to a local youth group, and if they did she would let them go under the probation act.

Martin Maughan asked was there no way to pay at a later date, but Judge Staines replied that there was no way as they live in the UK and will be returning there.

When the case was recalled later in the day, the men paid the money and the judge applied the probation act, section 1.2.

She told the men they could “offer that up as your punishment” when they climbed Croagh Patrick.