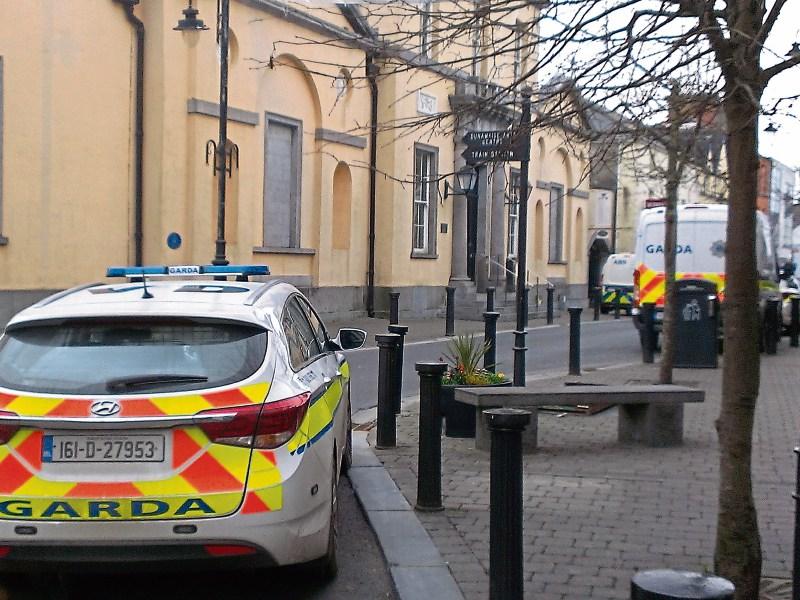 Two men have been charged in connection with violent scenes in Co. Offaly, including fights in the street with weapons and vehicles being rammed in the busy town centre, which occurred as part of an ongoing feud between warring families.

Garda evidence outlined that there is an ongoing feud between the Ward and McDonagh families in Tullamore.

On August 27, at 5.30pm at William Street, Tullamore, a jeep pursued a van being driven by a member of the Ward family. It rammed the van on three occasions with no regard for members of the public, before both vehicles stopped.

The garda said that Mr Ward allegedly exited the van with a steel pole, while the accused, John McDonagh allegedly had a hammer, which he used to smash the windows of the van.

The town was very busy at the time, the court heard.

It was outlined that the previous day, August 26, there had been a violent incident between the families in the town centre involving hammers and steel bars.

It is alleged that Wesley McDonagh used a sword during the incident. One man was seriously injured in the altercation between the families, suffering a broken leg and eye socket.

The gardaí believe that the incident on August 27 was in retaliation for the events of August 26.

The State objected to bail due to the seriousness of the charges.

Judge Catherine Staines noted that a number of people involved in the feud had appeared before Tullamore court the day before and very high bail had been set for them.

“The other family are on social welfare and they all came up with €5,000,” said Judge Staines.

Bail conditions are that the accused men must sign on daily at the garda station; stay away from the Ward family; observe a curfew; stay away from a named halting site; provide a phone number to gardaí; and reside at their listed address.