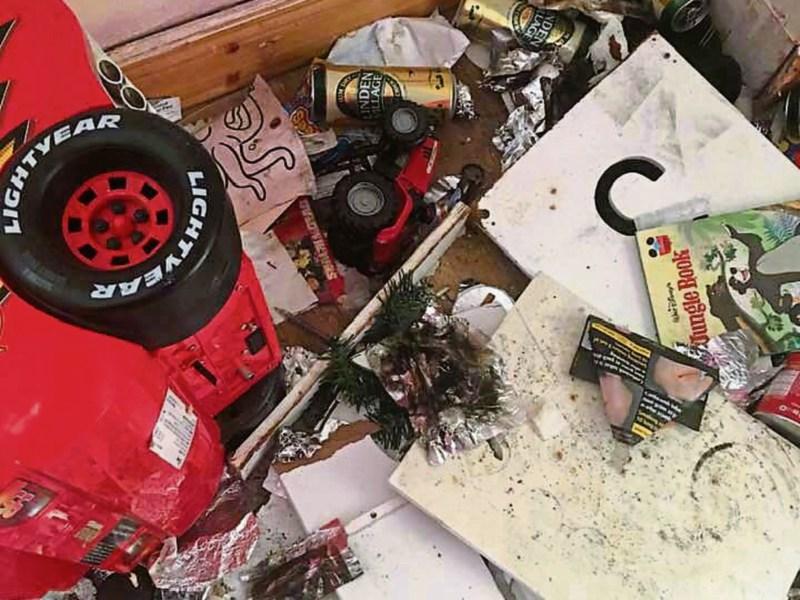 A Portlaoise estate is awash with “naked criminality” as a small number of law-breakers are terrorising and robbing residents, with a drugs-den being operated at a vacant house in the estate where heroin use is rampant.

“Residents in O’Moore Place are living in fear in their own homes and are being terrorized by a small number of criminals,” said Cllr Caroline Dwane Stanley, whose own 72-year-old mother has fallen victim to these marauding thugs in recent weeks.

Cllr Dwane Stanley confirms that her mother has had the lead flashing robbed three times from the roof of her house twice in the space of two weeks in broad daylight.

Her mother confronted the perpetrators and asked them to get down off her property, but she was verbally abused and threatened. When gardai arrived one perpetrator was swinging a lump hammer at the gardai and was arrested. However, Cllr Dwane Stanley said the accused was charged and then released and is now back out on the streets.

Residents in the area are being intimidated for money and robbed of personal belongings in broad daylight. She said that one lady visiting the area, who she described as a vulnerable individual, had medication in her handbag when it was snatched off her by one robber, who sped off on a bike.

“It’s out of control,” she said, going on to explain that a derelict house in the area has become a drugs-den with significant heroin use taking place on the premises.

The house is one of six properties to be knocked down in the estate, but the contractors cannot go into the house due to the condition of the building from such extensive drug use.

Laois County Council will have to hire a private company to go in and remove all the drug paraphernalia before the demolition work can begin.

Cllr Dwane Stanley is calling for the Minister for Justice to sanction funding immediately to install CCTV in the area.

“We were promised CCTV a year ago and we’re still waiting, I’m putting it to the Minister that he needs to step up to the plate,” she said. “I would say the area is not being policed on an ongoing basis. You will not see a housing estate in any part of the county being left like this.”

Cllr Dwane Stanley also believes it’s time for the judiciary to get real and start handing out proper sentences and to insure that all victims are fully compensated.

She again extends her invitation to the judiciary to visit the area and see at first hand what residents are having to endure.

She is also calling on Laois County Council to enforce tenancy agreements in particular with those tenants who are involved in criminality and antisocial behavior.

“The council need to invest serious resources in the whole area of regeneration to make it possible for the law abiding citizens living in the area to be able to live with a level of peace and security in their own homes,” she concluded.