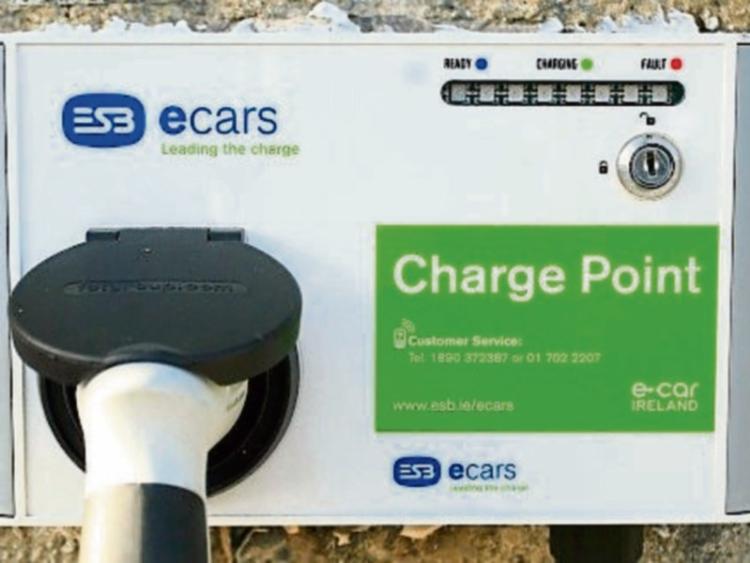 As part of efforts to tackle climate change and encourage a more environmentally sound approach, Laois could soon have more charging points for electric cars.

At the recent meeting of the Portlaoise Municipal District in County Hall, Cllr John Joe Fennelly proposed a motion calling on Laois County Council to contact ESB in connection with the charger for electric cars in Temperance Street, Abbeyleix, as this charger unit has not been working for the last four months and also to outline where extra charging points are to be installed going forward.

He said that two or three people in Abbeyleix use these and they had to drive elsewhere to charge their cars.

He said it was important to have the chargers if the council wanted to lead with climate change measures.

Cllr Willie Aird said he had seen two people charging up one Sunday morning, but added: “They weren’t Laois cars.”

Remarked Cllr Caroline Dwane Stanley wryly: “We want electric chargers for all these electric cars that we’re all going to go out and buy.”

Mr Wes Wilkinson, senior executive engineer, said that as part of their upgrade strategy ESB have indicated that they have undertaken a full review of the charging network and are currently upgrading or replacing AC chargers.

The charger at Temperance Street is included in these plans and will be replaced/upgraded in the coming months.

Mr Simon Walton, director of services, added that there is a new government initiative to support the roll out of electric vehicle charging points. The emphasis of that initiative is focused on residences without access to off-street parking.

In keeping with approved URD funding, charging points will also be installed in Portlaoise consistent with the low carbon town designation.

Full details of locations will emerge in the coming months, said Mr Walton.