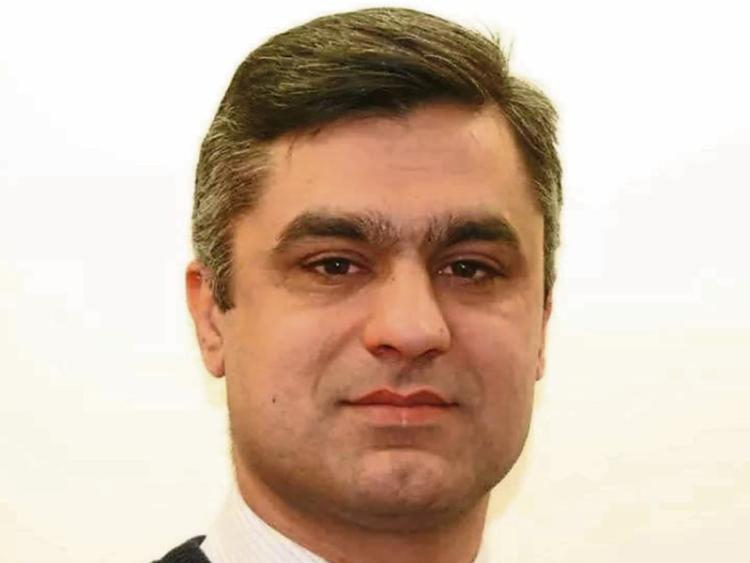 Naeem Iqbal, who is organising the conference in Portlaoise

Independent hopeful in the last local elections Naeem Iqbal is organising a conference on the Kashmir conflict, which is set to be the biggest event ever held on the conflict in the history of the State.

The All Ireland Kashmir Conference will take place on November 23 in the Midland Park Hotel, Portlaoise, from 1pm to 3pm. H.E. Ambassador of Pakistan to Ireland, Mr Shuja Alam, TD & Chairman Public Accounts Committee, Mr Sean Fleming, Mayor Willie Aird and other elected members of County Laois will attend this conference, along with the leaders of Asian, African, European and middle eastern communities.

The aim of this conference is to send a clear message that the leadership of Ireland regardless of background, faith, sex and colour, demands the human rights of innocent men, women and children.

On August 5, 2019, the Indian government revoked the special status accorded to Indian occupied Kashmir in its constitution, the most far-reaching political move on the disputed region in nearly 70 years. The Kashmir valley is placed under lockdown with all communications lines cut and political leaders placed under house arrest.

The world capitals and the international human rights groups condemned the move and are demanding the release of all political leaders, restoration of media and free movement of journalists and the general public with immediate effect.

This conference will be an addition to serious efforts being made all over the world to show support and solidarity with the innocent men, women and children living in siege for weeks.

Due to limited capacity, pre-booking to attend this conference is required by phone or by email, call 089 230 9015 or email info4sme@gmail.com.