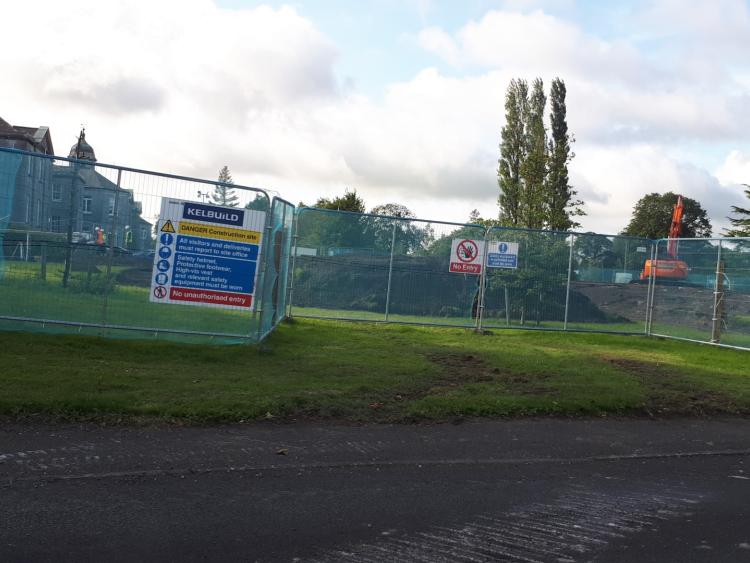 A budget of €10 million has been confirmed for a new Primary Care Centre in Portlaoise as part of a major expansion of local health services.

Commenting on the capital funding which has been confirmed by the HSE, Sean Fleming TD said it is good news that a new Primary Care Centre will be built in Portlaoise as such facilities are already available in most large urban areas.

Four General Practices in Portlaoise have signed up to this Primary Care Centre which will be on the grounds of St Fintan’s Hospital, Dublin Road, Portlaoise.

“This new facility will also provide all necessary therapies not just for the doctors whose practices are based in the Primary Care Centre but for all people in the area. The HSE has confirmed to me that provision can be made for GPs who are not part of the new Primary Care Centre to use the facility for their patients by arrangement,” said Deputy Fleming.

This new centre will involve a new build and a modification of part of the existing building already on the HSE campus. This project will be controlled and managed by the HSE and is not a private sector development. The total budget for this project is €10 million and the capital approval to commence this project in 2020 is €200,000.

“I have been in detail discussions with the HSE on this matter and I have asked them to do everything possible to ensure that this project is completed at the earliest possible date. Many people in Portlaoise have been calling for such a facility and it is good that the process is now underway,” said Deputy Fleming.

Work began at St Fintan’s Hospital last August, on phase one of a significant expansion of HSE community health services delivered in Portlaoise.

A masterplan submitted to Laois County Council outlined that the work was part of an expected multi-phased expansion of services on the site. Central to the project is the building of the new Primary Care Centre.